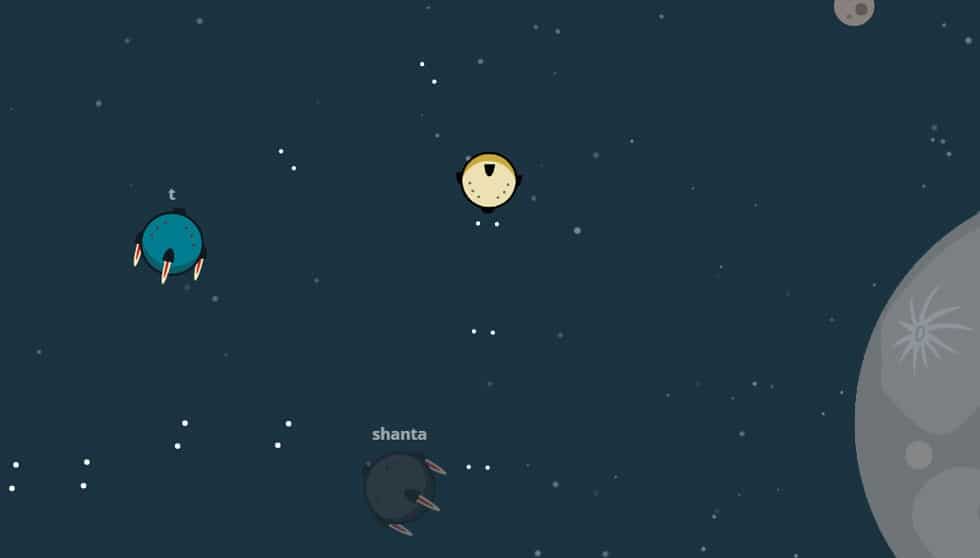 In Vanar.io, you control a spaceship-like-thing able to shoot missiles at other players and rock obstacles. There isn’t any element of directly consuming scattered things. However, the more points you score, the bigger you get. Players will have to grapple with inertia as well as strategically time the use of their shields. Vanar.io’s slightly tricky controls take a little getting used to at first, but fans of Agar.io will no doubt take to the game’s twist on a similar premise and multiplayer competiveness. 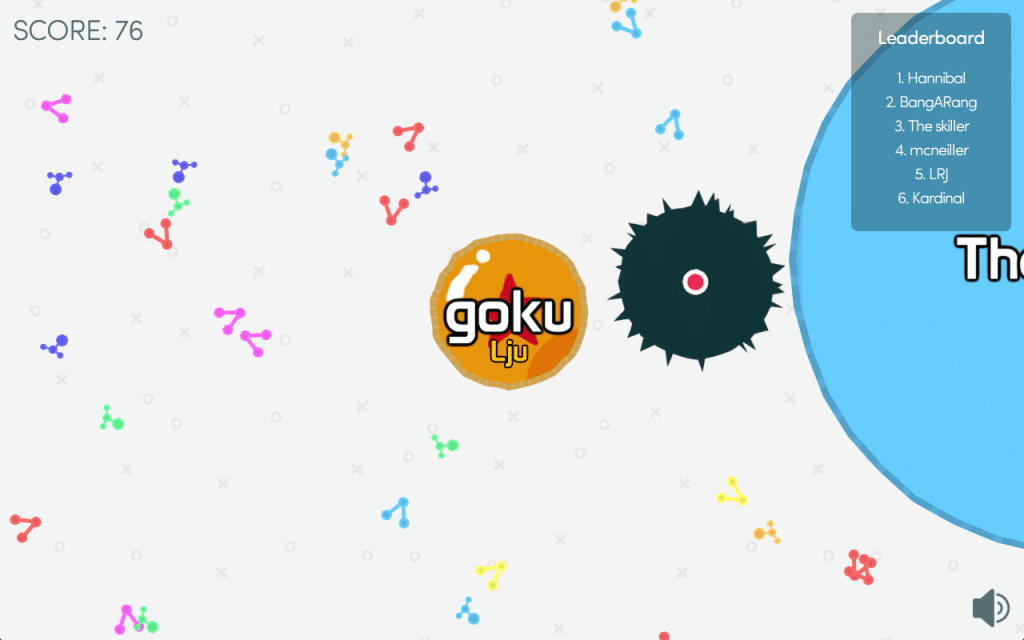 As one of several time killer games like Agar.io, the main aim of Mitosis is to eat other cells to increase your size – or die by the hands of other larger cells. Splitting and trajectory attacks are also possible. Some may see the game as little more than a knockoff of Agar.io. However, Mitosis does offer different graphical elements (e.g. nasty viruses, etc.) and a fun variety of unique game modes, including Capture the Flag, Soccer, and more. All in all, Motosis is a refreshing take on a familiar concept bound to appease Agar.io fans! 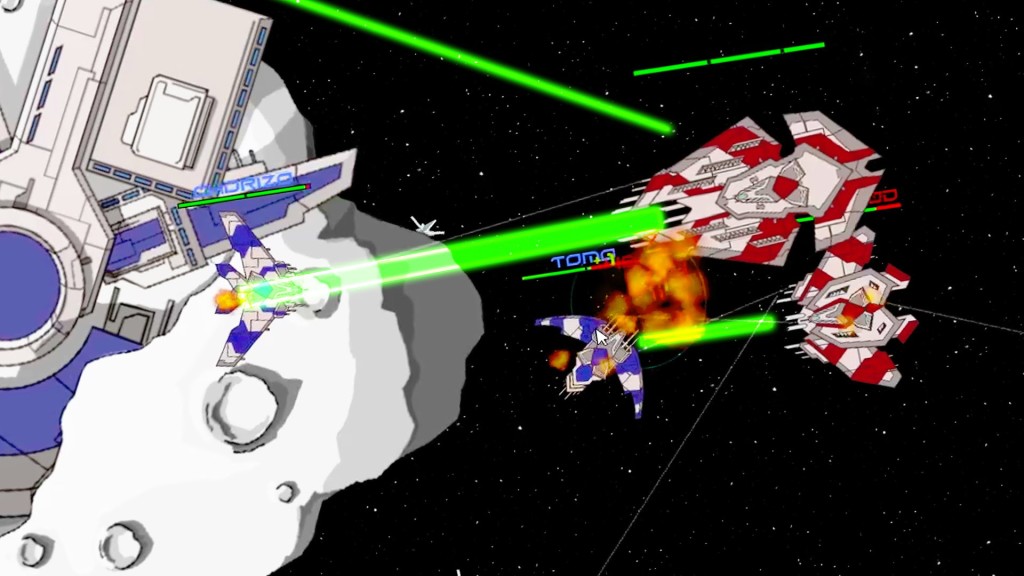 War In Space is a bit of a unique one. It’s a cross between Vanar.io and Agar.io, but with its own original premise. You start as a weak missile-shooting spaceship with mouse-controlled movements, collecting scrap across the map and from dead enemies. Scrap is used to buy ship upgrades or turrets / drones to assist you. In this sense, ‘growth’ happens in the figurative sense of ‘growing’ your ship’s powers and, more literally, increasing its size as you purchase newer, bigger models. Like Agar.io, War In Space is a simple yet highly addictive multiplayer experience filled with tons of hidden strategic depth. Visuals are a step up from Agar.io, although basic enough to not cause too many lags. A must-try for those looking for more time killer games like Agar.io. 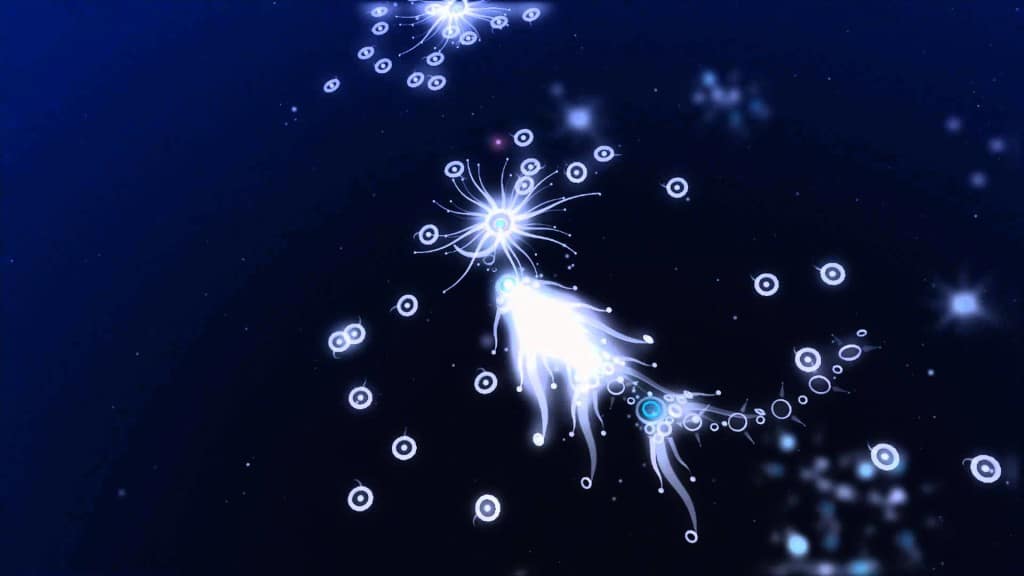 Originally released as a Flash game, flOw is often regarded as one of the major – and more technically advanced – inspirations to Agar.io. The game lets the player guide a snake-like creature through a watery environment. The main aim is to consume other aquatic creatures that, upon consumption, increases the size of your own. However, aggressors are also lurking to shrink you down to size. Graphically, flOw features a gorgeous minimalist art-style complete with therapeutic aquatic hues. An updated version of the game also enables multiplayer support for up to four players – a feature that will appeal to those looking for similar games to Agar.io.

Again, Dogar is a game that has a lot in common with Agar.io: eat smaller enemies, run from the big ones, keep growing. However, the inclusion of several cool power-ups – including speed boosts and repulsion blasts – add a new level of depth to the basic Agar.io gameplay. You can also collect coins that are used to unlock enticing bonuses like new skins and experience multipliers. Overall, the game runs smoothly with minimal, but occasional, lag. For those looking to try their hands at games like Agar.io with modest twists, Dogar is definitely the way to go!

Gota (Similar to Agar.io but with improved multiplayer chat functionality)

Other Games Not Exactly Like Agar.io… But Still Really Fun:

Wings.io (Not too much like Agar.io but still worth a mention for its popularity. Think multiplayer fast-pace rocket combat with scattered items and power-ups to collect.)

Hungry Shark Evolution (On the outside, this single-player time killer game shares little in common with Agar.io. However, there are actually many similarities in gameplay: your shark grows from eating smaller fish, dies from messing with bigger ones or jellyfish. Trajectorial attack is also encouraged. Additionally, your shark can be upgraded with new stats and powers.)

Do you know of any more addictive time killer games like Agar.io? Leave your suggestions in the comments section below and we’ll add them to this list!