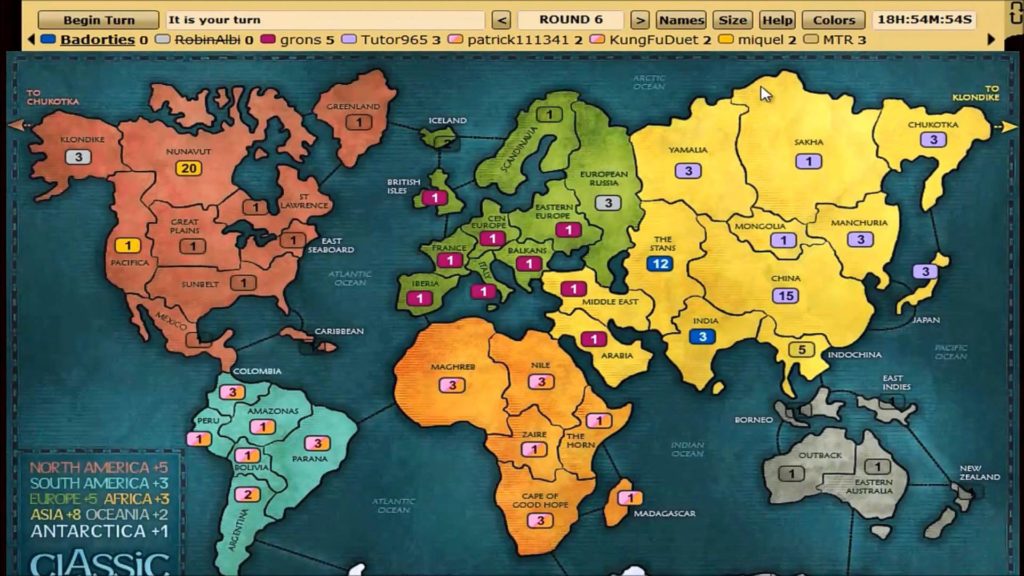 Like most other standout games like Risk, Major Command has a super sleek world map that’s well color-coded with similar Risk-like territories. You also get lots of custom and themed maps to try your hands on. All the basic game stages are here too: deployment, attack, reinforcements, etc. So, again, all your tried-and-true strategies can be easily applied. The game is also browser based without much in the way of lag.

For extra competitive players, Major Command also has a regularly updated scoreboard that keeps everyone informed on how well they stand. You can also join Clans and global Tournaments with other online players in your quest for absolute conquest. There’s even a fairly active forum to ask questions and read up on latest updates and events.

Major Command doesn’t do anything especially innovative. It sticks to what works and does it well. This is one of a few online board games like Risk definitely worth checking out. 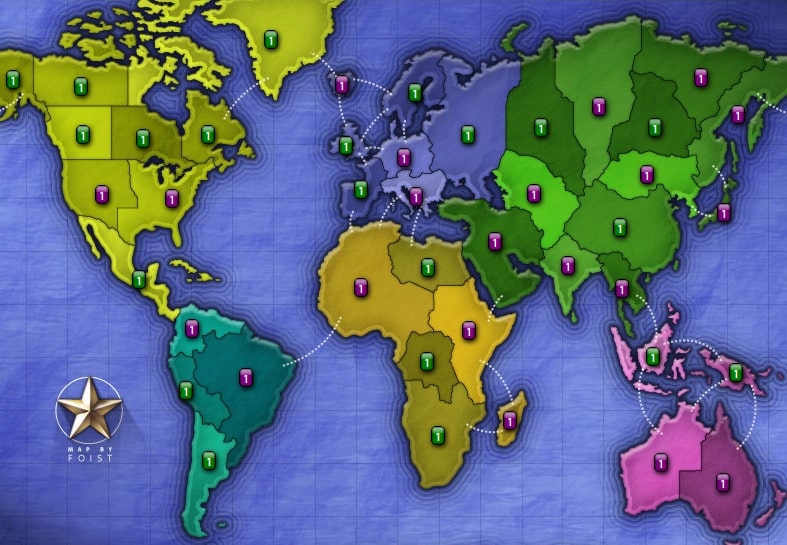 If it wasn’t obvious enough, LandGrab is all about… grabbing land from your enemies. Like other games similar to Risk, you’ll be strategizing attacks whilst defending territories against other online players. The overhead world map also has a vibrant look with clear contrasting colors distinguishing all sides. You’ll also have the chance to create and play custom maps, thus promising extra hours of fun military planning. In addition, LandGrab rewards you with cards that give different boosts to your forces.

Admittedly, LandGrab’s website design looks like it’s still stuck in the 90s with Angelfire. Updates and patches have also slowed down to a trickle. Nonetheless, the game still enjoys a small but loyal following of players whom you can easily interact with using the well-implemented chat features.

Overall, LandGrab isn’t as polished as it could be. However, it’s worth checking out if you ever get bored of the other online board games like Risk on this list. 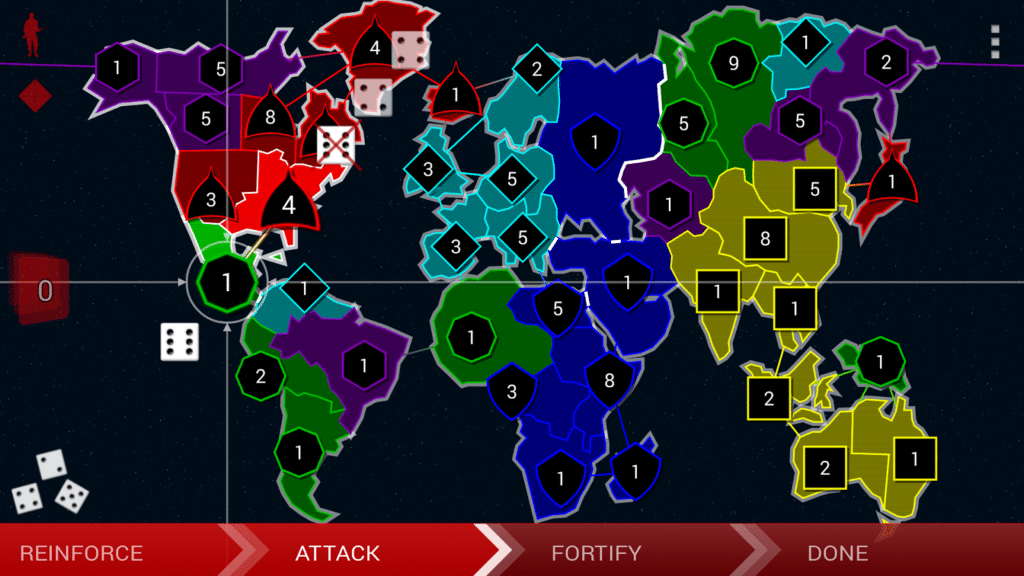 Border Siege is a Risk-like game for Android devices. The game sticks to the basics of the classic board game with similar rules and settings you’ve come to expect. A major plus of Border Siege is its streamlined graphics. There aren’t any over-the-top battery-draining animations here, giving you room to play for hours on end. The game also supports up to six players per match, with the freedom to mix AI opponents with real online players. In addition, Border Siege offers a good number of gameplay options, including Fog of War, Supply Line settings, changing winning conditions, and more.

Overall, Border Siege has received a 4.3 / 5 rating (as of the time of this writing) from well over 4000+ active players. That’s a solid recommendation for those keen on portable online board games like Risk. Alternatively, you may want to check out Landrule which has also gotten rave reviews, or even the official Risk: Global Domination app. 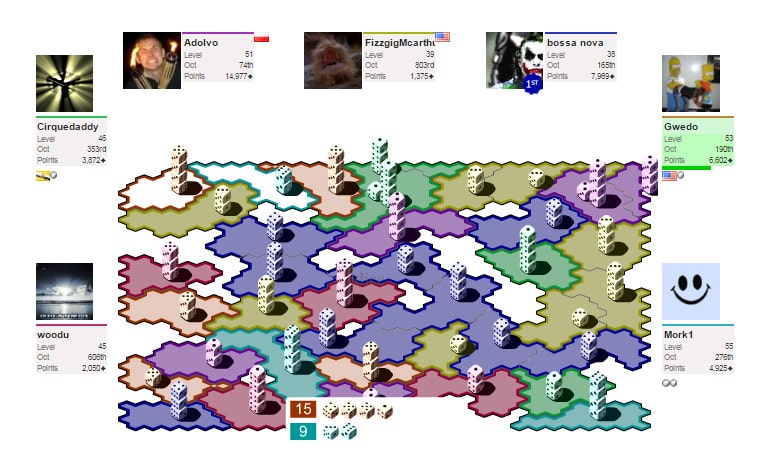 Looks familiar? That’s because KDice is very akin to Dice Wars in many respects – with a few beefed up features. Like Dice Wars, you control dice instead of Risk-like army units, with maps that more or less look the same in style. There’s also the usual planning and attacking phrases, as can be expected from online board games like Risk. However, unlike Dice Wars, KDice has a fully functioning online multiplayer mode. Matches are easy to set up and join with little to no lag.

There’s a steadily growing number of KDice players around the world. This means you should be able to easily find open games to join, especially during peak hours. Working chat options also make in-game communications (read: sneaky strategizing) easy. This browser game is also available for iOS, perfect for feeding your Risk addiction on the go. In addition, all players get to compete for the highest score of the month, just for bragging rights!

Art of War outright compares itself to Risk – and also Axis and Allies and Diplomacy. The game has all the standard mechanics of the classic board game with a few unique features, including the ability to transfer your territories / troops over to online allies. All the world maps are easy on the eyes and come with beautiful themes. In fact, what makes Art of War truly stand out is the fact that the development team actually hires professional artists to design their aesthetics. This ensures that each map is of a much higher quality than most others. In addition, multiplayer options are well-integrated and joining games is a breeze. Art of War’s interface is also much sleeker than many other online board games like Risk.

A slight present drawback of Art of War is its small online community. There aren’t that many active games open at any given time, making it a little harder to just jump right in. However, the makers of the game are currently hard at work at expanding the user-base, with plans to open up new and exciting features to Alpha Testing. This means you can expect tons more players entering the Art of War army very soon!

Overall, this game is definitely worth checking out, if only to expand your options for online Risk-like games with a few original elements thrown in. 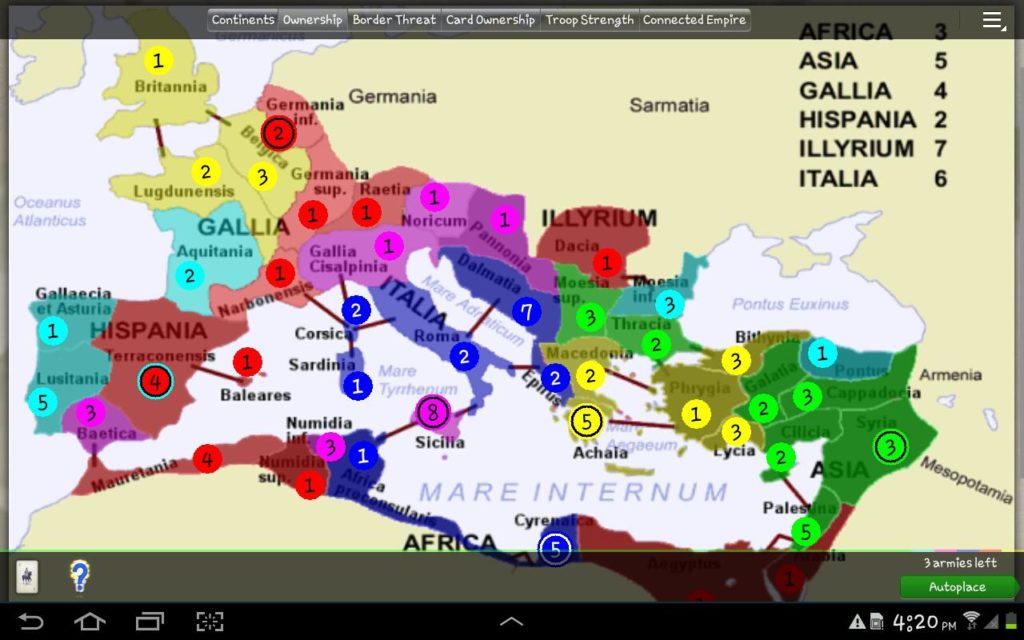 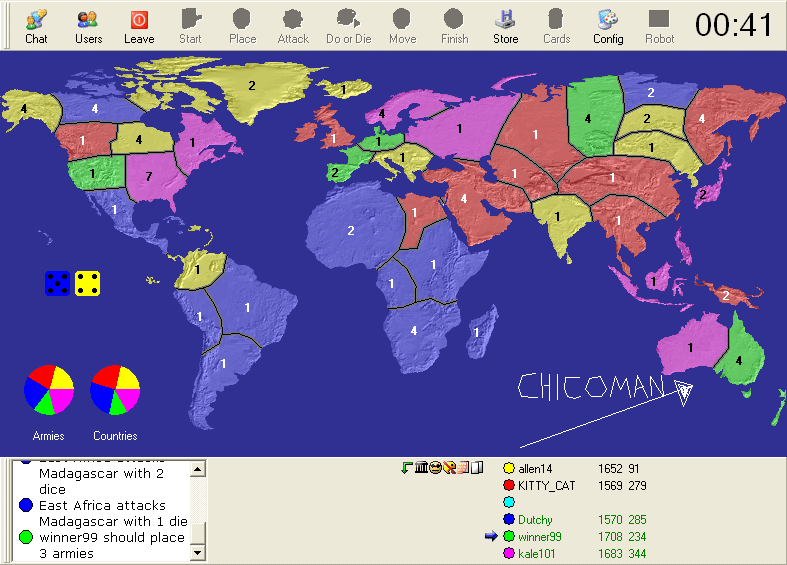 Did we miss any online board games like Risk? Let us know in the comments section below and we’ll include them in the list!