Director / Screenwriter Christopher Nolan is no stranger to mind-twisting film stories and settings. Movies like Inception are an example. Starring Leonardo DiCaprio, this is a modern masterpiece all about the vast intricacies of human subconscious, and the extent a band of ‘extractors’ will go to to implant thoughts into people’s heads. This movie blew us away with something far more cerebral than a man in a batsuit. Part of its lasting appeal lies with its intentionally teasing plot that has given us a labyrinth of fan theories and interpretations on the ‘true’ meaning of the film. We’re still wondering about that spinning top!

Keen for similar films to twist your mind up into lovely knots? We at GLZ have got you covered! Here are 10 brain-boggling movies like Inception that’ll stay with you long after the credits roll.

All images / videos are copyrighted to their respective owners. This post contains Amazon affiliate links. We earn a tiny commission if you purchase items through them, at no extra cost to you. 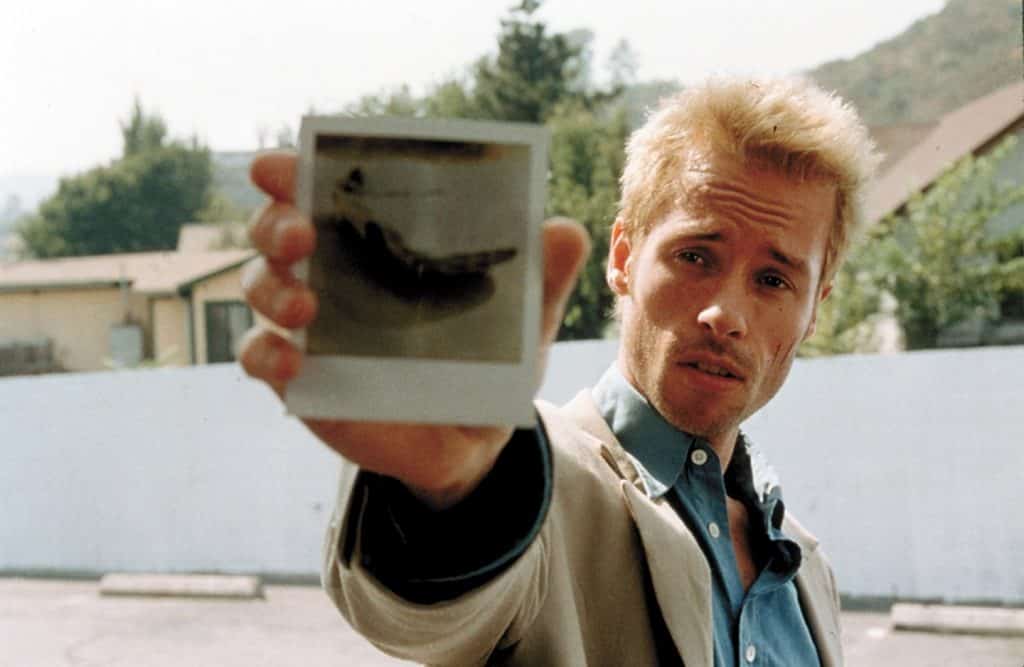 Memento is what you may call a prelude of great things to come for Nolan. You follow the tumultuous life of a confused man (Guy Pearce) who suffers from short-term memory loss. To remember things, he writes notes on polaroids and tattoos himself. His quest? To somehow piece together the identity of his wife’s heinous murderer.

Here’s the real kicker: half of the film’s narrative is told in reverse. That’s right. We as audience members are shown major events in backwards order, with the present and past culminating into a truly mind-bending ‘middling’ finale. We shan’t say more to avoid spoilers. However, what we can say is that this is one of a few unpredictable movies like Inception that you absolutely need to catch! 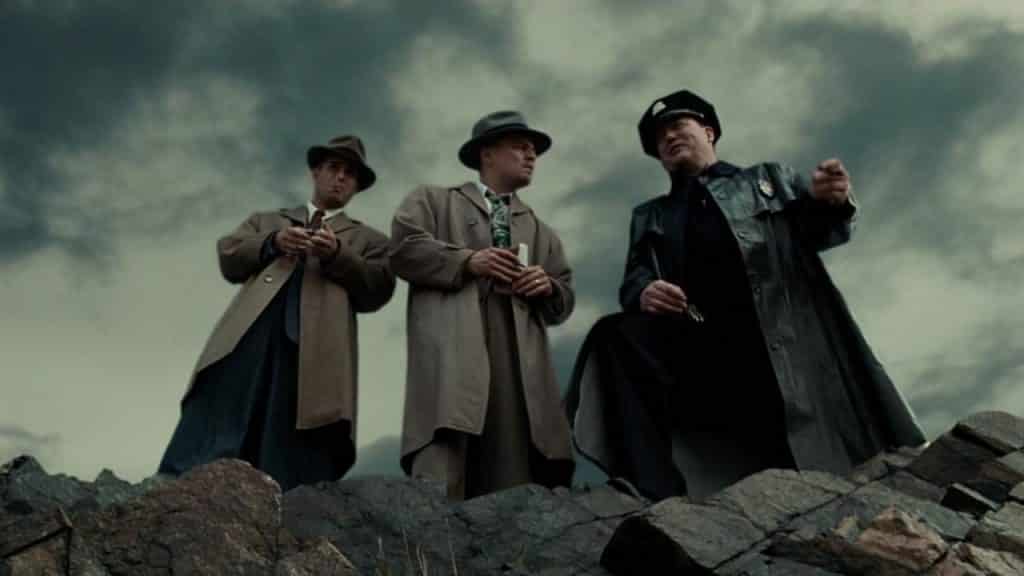 Similar to Inception, Shutter Island stars the now Oscar-winning Leonardo DiCaprio. Here, he plays U.S. Marshal Edward Daniels who’s sent to the mysterious Shutter Island. Paired up with psychiatrist Kingsley (Mark Ruffalo), the duo investigate a series of increasingly odd events as they struggle to piece together the whereabouts of a missing psychiatric patient.

As with most movies like Inception, Shutter Island explores the nature of human memory, dreams, and reality. The movie also lays it on thick when it comes to mind-bending intrigue coupled with stellar cinematography. You’ll most definitely be pondering the ‘true’ meaning of the film for days afterwards. A must-watch!

3. Eternal Sunshine of a Spotless Mind 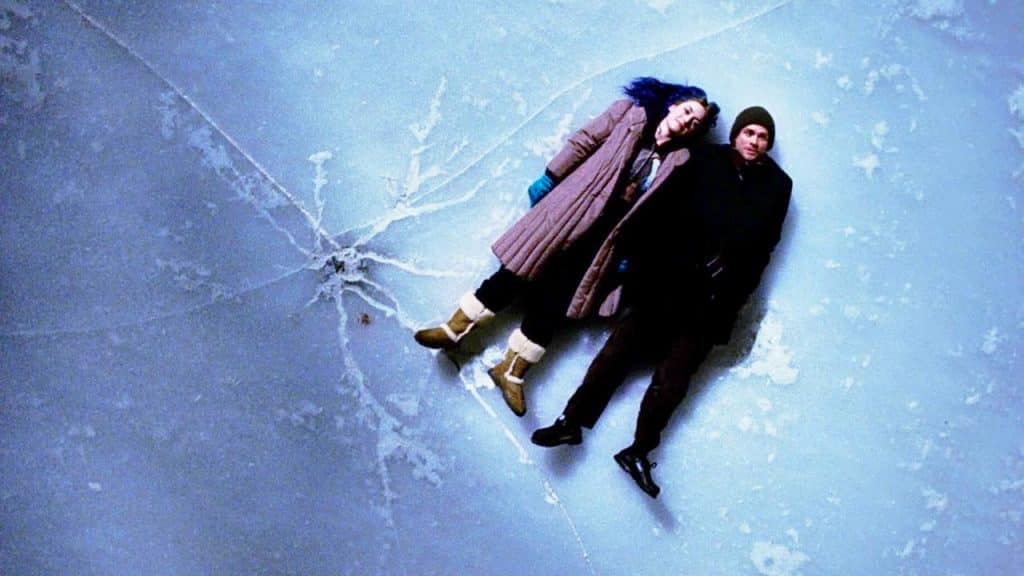 Who’d have thought Jim Carrey – the guy who spread his butt cheeks to make his ass look like it’s talking – had such serious acting chops in him? Well, Eternal Sunshine of a Spotless Mind proves just that. What begins as a very traditional boy-meets-girl setup soon turns completely on its head. This is a highly evocative movie all about love, loss, and the devastation of letting go of something you don’t think you can live without.

Similar to other movies like Inception, Eternal Sunshine examines the fragility of human memory and the idea of rummaging around in someone’s head. As testament to its cult status, the film has moreover been nominated by the BBC as one of the greatest films ever made. You’ll also get to see Elijah Wood starring as the creepy AF Patrick! 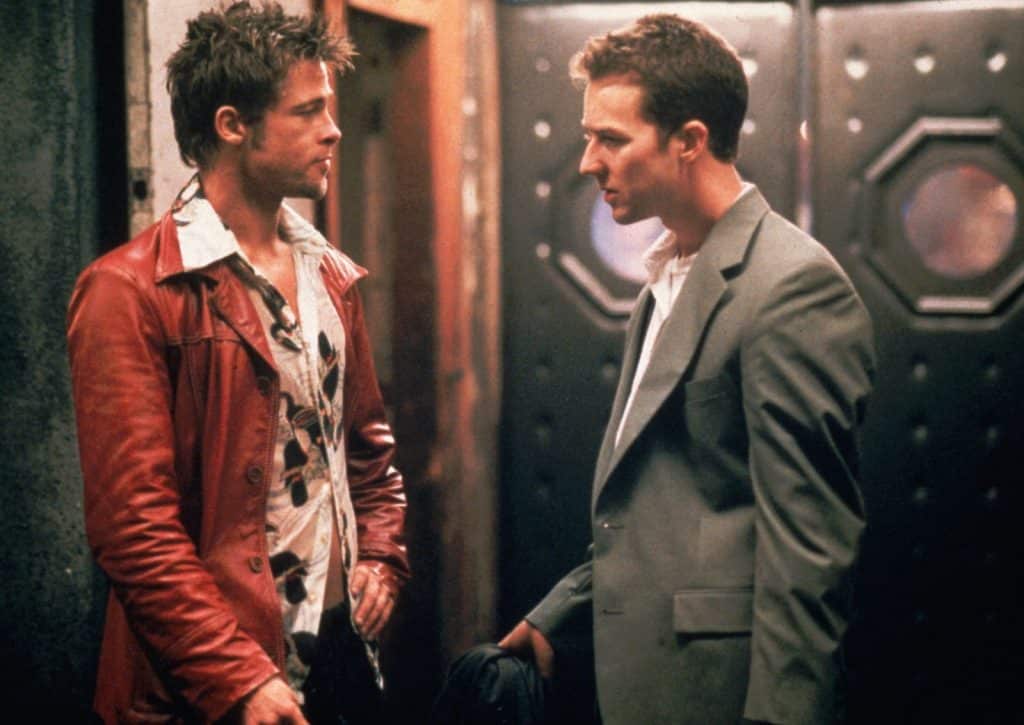 We all remember the first rule of fight club, right? Well, I guess I’m going to have to break it… because to leave out this movie on this list would be a travesty! Still relevant today, Fight Club is one of the most profound film commentaries on the disturbing state of consumerist culture in America. A tad bit ironic, considering it’s a Hollywood movie. But, whatever.

Based on Chuck Palahniuk’s book, the story follows an unnamed Narrator as he searches for a cure to his persistent insomnia. He visits shrinks, compulsively buys things from Ikea catalogues, and pretends to be sick just to attend support group meetings. Yet, you’ll soon discover there’s far more to him lurking beneath the surface. No spoilers here. However, let’s just say the movie is filled with mind-bending plot twists that’ll make you question everything. If you haven’t seen Fight Club yet, get off your deprived ass and watch a copy. This is by far one of the best movies like Inception ever made! 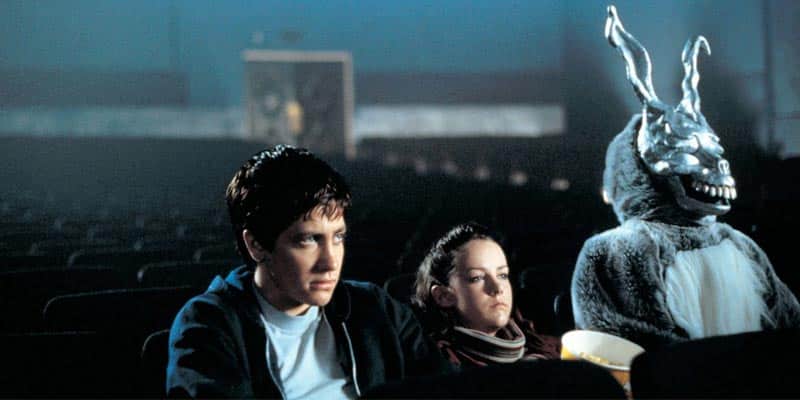 Fancy a teenage Jack Gyllenhaal and a freak dressed in a bunny outfit? Well then, Donnie Darko’s the indie darling for you. You’ll tag along on the troubling adventures of Donnie Darko (Gyllenhaal) who’s convinced the world will end in precisely 28 days, 6 hours, and 12 seconds. We’re guessing he’s the optimistic sort.

Donnie Darko twists with odd and surreal events that’ll make you question what’s real and what’s not. The film also plunges deep into hallucinations, time travel, and all sorts of odd sci-fi things amidst its ambiguous narrative. Intriguing fan theories still crop up till this day, all hoping to shed a little light on the movie’s overarching plot. In conclusion, if you’re a fan of brain-warping movies like Inception, you absolutely need to watch this all-time classic. 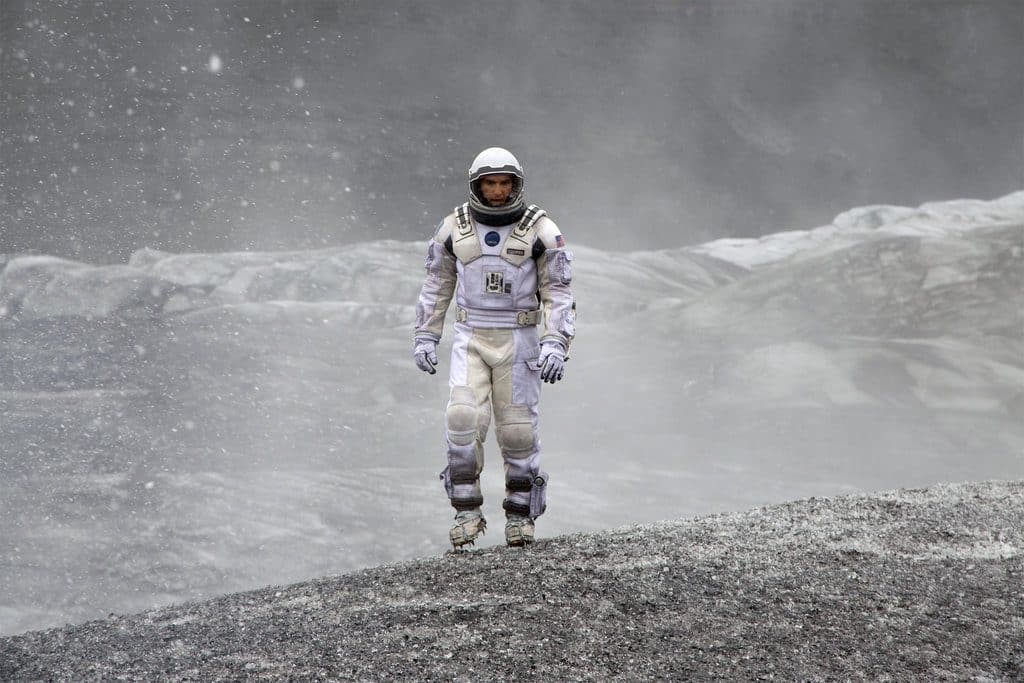 Nolan does Nolan best, so it’s no surprise Interstellar makes this list of movies like Inception. Nonetheless, this blockbuster’s a tad bit different, having more to do with space and quantum physics than dreams. The movie stars Matthew McConaughey as former NASA pilot Joseph Cooper. For the first two or so hours, Interstellar plays out like a somewhat typical sci-fi drama. The world’s crops are dying, and humanity faces the real threat of extinction. Cue in Cooper to try and save the day.

However, in typical Nolan fashion, this clear-cut narrative rapidly unwinds in the final third of the movie. We won’t spoil anything here – but expect many surprising twists and curveballs that’ll take some time to fully digest. Despite its intentional elusiveness, Interstellar was a huge hit in theaters, further adding to Nolan’s Hollywood success with movies like Inception. 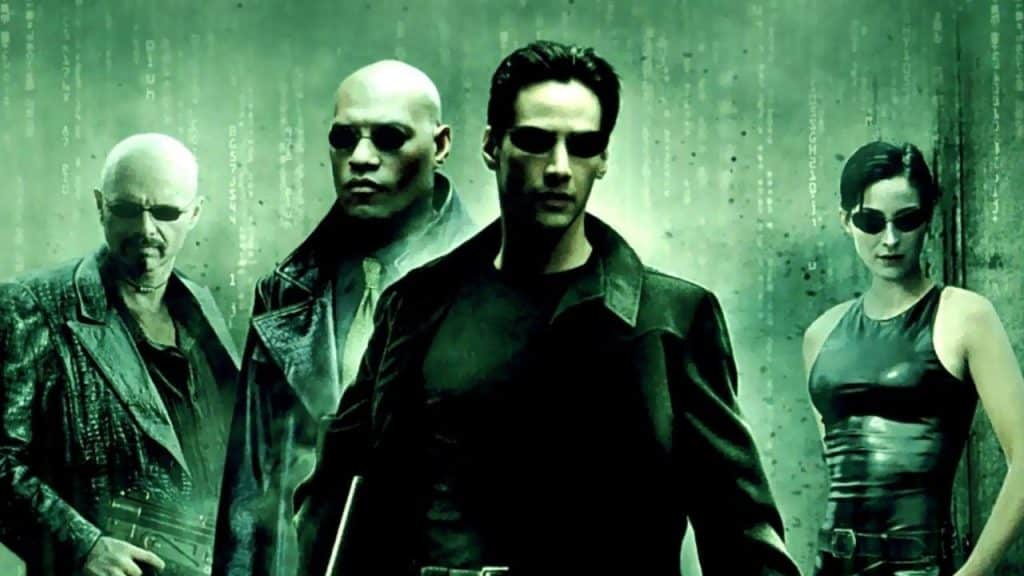 Plot-wise, The Matrix is far more digestible than most other movies like Inception. However, this sci-fi classic does share a few things in common with Nolan’s work. For starters, like Inception, it invites us to ask ‘what is reality?’. Is what we perceive all there is to it – or is there more (or less) to it than that? Such philosophical questions underscore The Matrix’s outward Hollywood sheen.

The rest of the trilogy is unfortunately a pretentious mess. However, the original still intrigues us with its many mind-(and spoon?) bending scenes that have been memed to death. In short, you’re don’t know pop culture till you know The Matrix… but, really, how do you know what you know is ‘real’? Trippy. 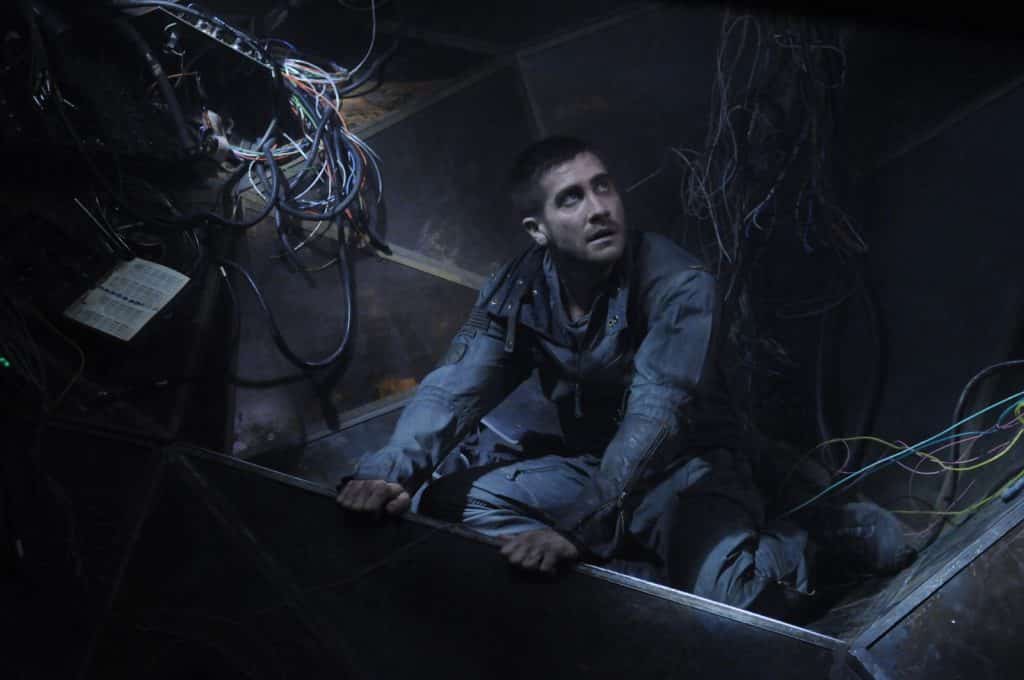 It’s Jake Gyllenhaal again, this time playing the role of Captain Colter Stevens – a U.S. Army pilot. The plot begins with him waking up to find himself in the body of a different man. We soon find out Stevens’ consciousness has been inserted into replays of a real-world scenario via a high-tech experiment. His mission: discover who’s behind the crime that is both about to and has already happened.

Like most movies like Inception, Source Code is entrenched in themes of the human mind, memory, and time. It also has a unique narrative structure with Stevens finding himself in constant loops as he tries and tries again to solve the unfolding mystery at hand. Most of all, you’ll be on the edge of your seat guessing what fate awaits the good Captain. 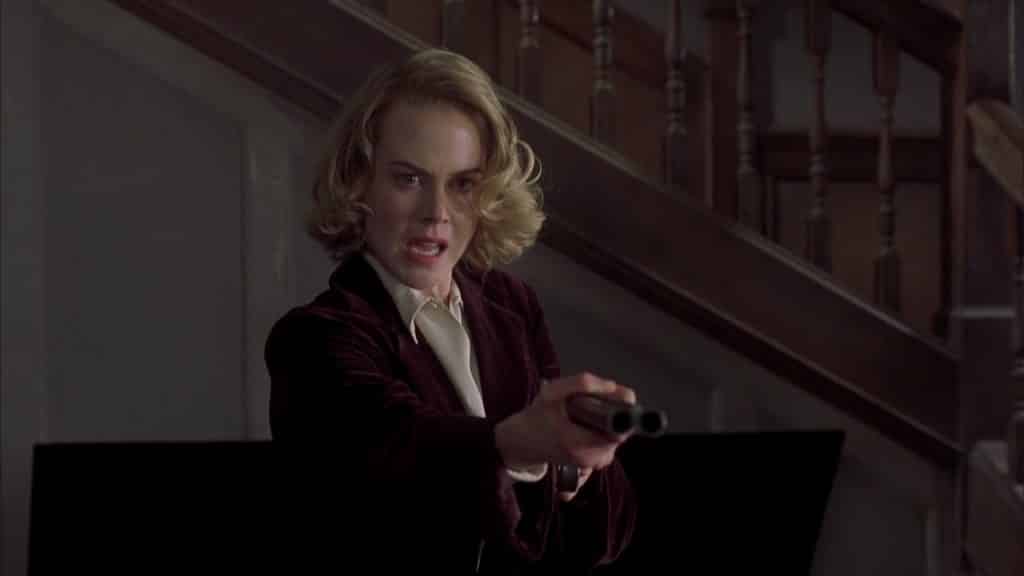 Set in post-WWII, The Others stars Nicole Kidman as Grace Steward – a devout Catholic mother who lives in a remote (i.e. creepy) cabin with her two children. Both kids suffer from a strange hypersensitivity to light. A slew of frightening incidents soon follow, raising many curious questions. Why is Anne, Grace’s daughter, drawing scary pictures of ghostly persons? Is the house truly haunted by malicious spirits? If so, why? At first, this might all appear to be your typical haunting story. However, like most movies like Inception, first impressions aren’t always what they’re cut out to be.

Critics have praised The Others for its incredible casting and spooky narrative. You’re also get to enjoy one of greatest movie endings of the past two decades!

Watch The Others online. 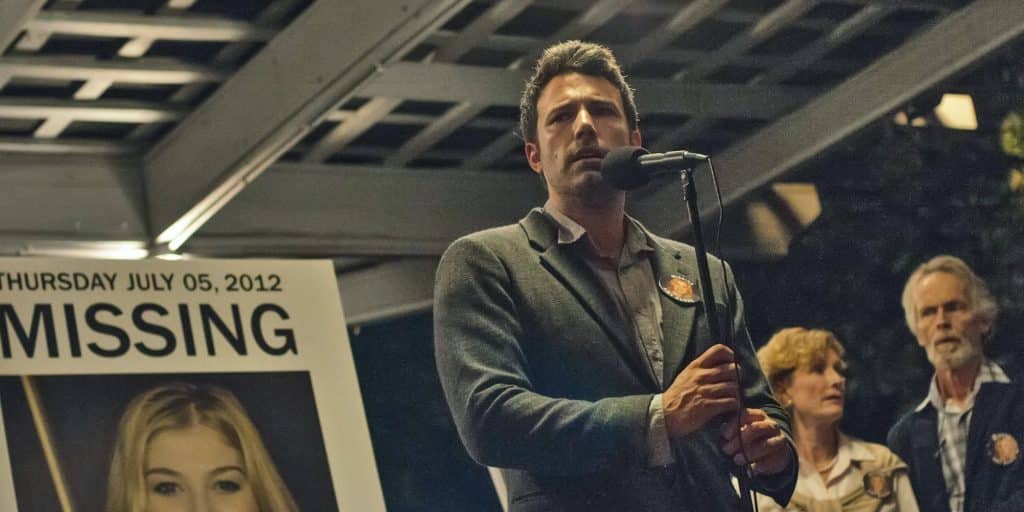 Unlike many movies like Inception, Gone Girl isn’t about sci-fi oddities and tech gimmicks. The film instead plays out as a straightforward drama… at first. However, it isn’t long before you’re presented with a maze of psychological twists that’ll delight any Inception fan.

The film stars Ben Affleck as Nick Dunne – a once-loving husband who returns home to find his wife, Amy (Rosamund Pike), missing. The plot thickens via shifting perspectives that slowly reveal a larger conspiracy at work. You’ll hence find Gone Girl to be one big delightful mind-bender! The movie is certainly a shoo-in for our list of movies like Inception – even with its lack of sci-fi elements.

The Lathe of Heaven

Got suggestions for more movies like Inception? Leave your thoughts below and we’ll add them to the list!