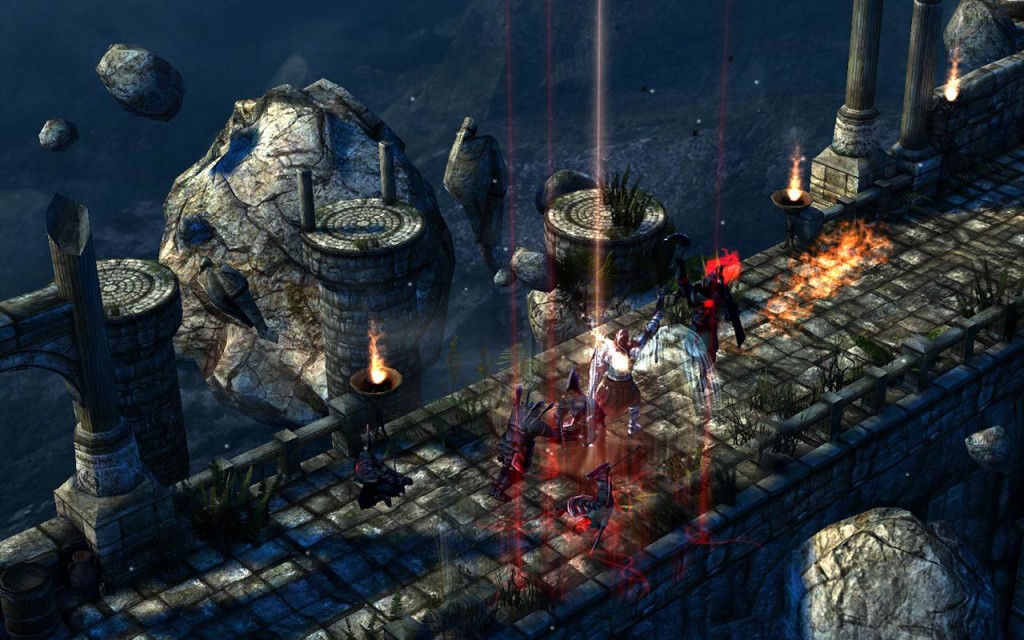 Why it’s Similar: Archangel is a no-holds barred dungeon crawler that you can play on your mobile device (both iOS and Android). Very much like Diablo, it’s got a basic story about evil needing to be vanquished and there are 100s of items to find as you make your way through hordes of enemies. It looks pretty damn good for a mobile game too.

Why it’s Different: Given that Archangel is designed to be played on a touchscreen device, there’s going to be some fundamental differences to Diablo. The controls, though different, do work well and casting spells has you drawing specific shapes and making different gestures on the screen. Pretty cool stuff!

Overall: The last of the mobile / handheld titles to appear on this list, Archangel is a solid title that borrows a lot from Blizzard’s much-acclaimed franchise. It’s also dirt-cheap, what with it being an app, so there’s no excuse for not giving it a go. Definitely recommended for anyone in search of alternative games like Diablo.

7. The Mighty Quest for Epic Loot 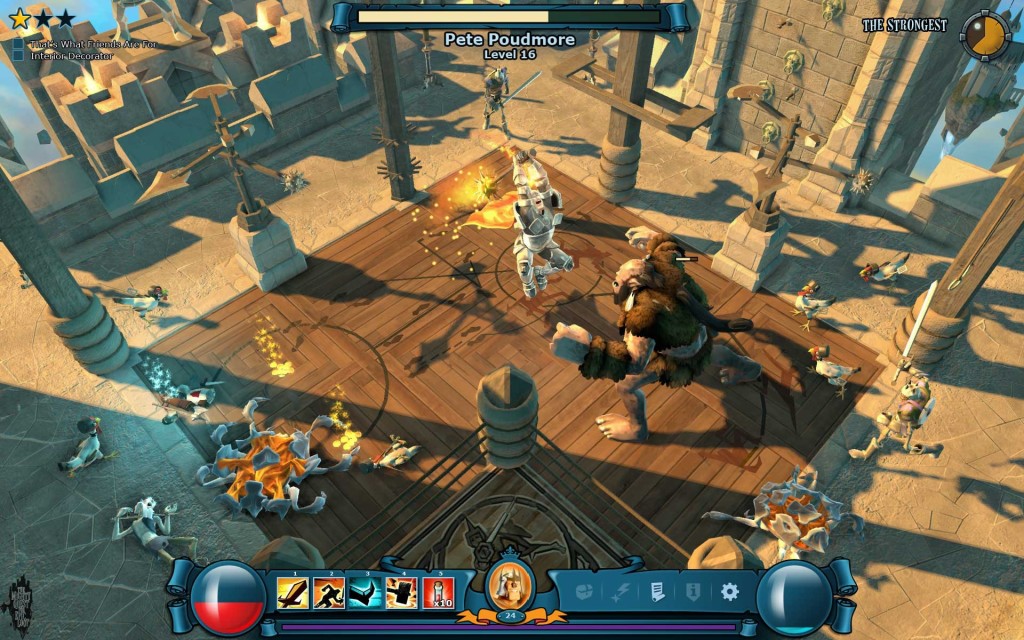 Why it’s Similar: Combat in The Mighty Quest for Epic Loot is pretty similar to Diablo and, like most games like Diablo, there’s lots of weapons and armour to find. You get to pick your class of warrior too, meaning you can be a quick archer, a slow knight, and so on. The camera is isometric and you’ll be levelling up and gaining gold as you battle through other players’ castles.

Why it’s Different: The main hook for The Mighty Quest for Epic Loot is the fact that you’re both raiding and creating dungeons. A large part of this game is all about you planning the most devious labyrinth you can think of, placing traps, enemies, and curses. As you successfully raid other people’s castles, you’ll gain gold but as people raid you, you lose gold. It’s a real balancing act between putting money into your character, so you can better attack, or spending money on your defences. The Mighty Quest for Epic Loot also has a very charming sense of humor – a welcomed change from Diablo’s almost persistent doom and gloom.

Overall: The Mighty Quest For Epic Loot is a free-to-play title that’s a great deal of fun and offers a new twist among games like Diablo. Whilst some will complain about the in-app purchases, the rest of us will be too busy enjoying ourselves to really care all that much. 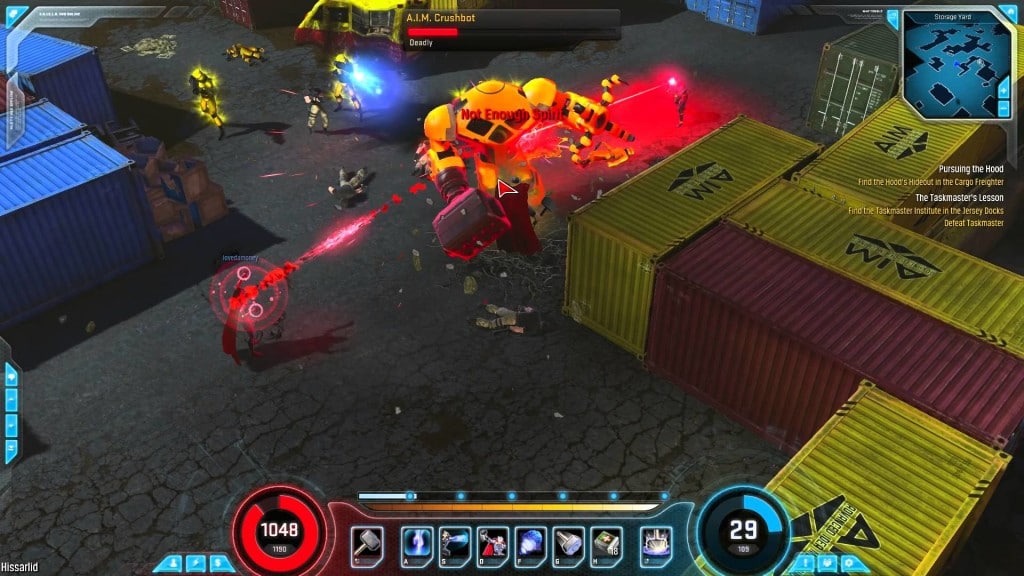 Why it’s Similar: You know why it’s similar. Hack and slash, shoot and dash, punch and cast – Marvel Heroes is all about fighting and making your way past all manner of Marvel supervillains. The story is utter chaos and merely acts as an excuse for the game to contain just about every Marvel character you can think of, each with their own unique abilities.

Why it’s Different: Most other games like Diablo will do well if they offer you more than three classes. Marvel Heroes has over 50 playable characters plus other superheroes (and villains) that you can team-up with. Essentially, Marvel Heroes acts like an MMO Diablo where you can take part in challenges, level-up your favourite characters, and take on all manner of quests.

Overall: The amount of content here is astounding and for a free-to-play game, there’s so much here that it’ll be hours before you’ll even need to think about unlocking a character (which costs money). Marvel Heroes is definitely more than a corporate cash-in and is a total love letter to all things Marvel. 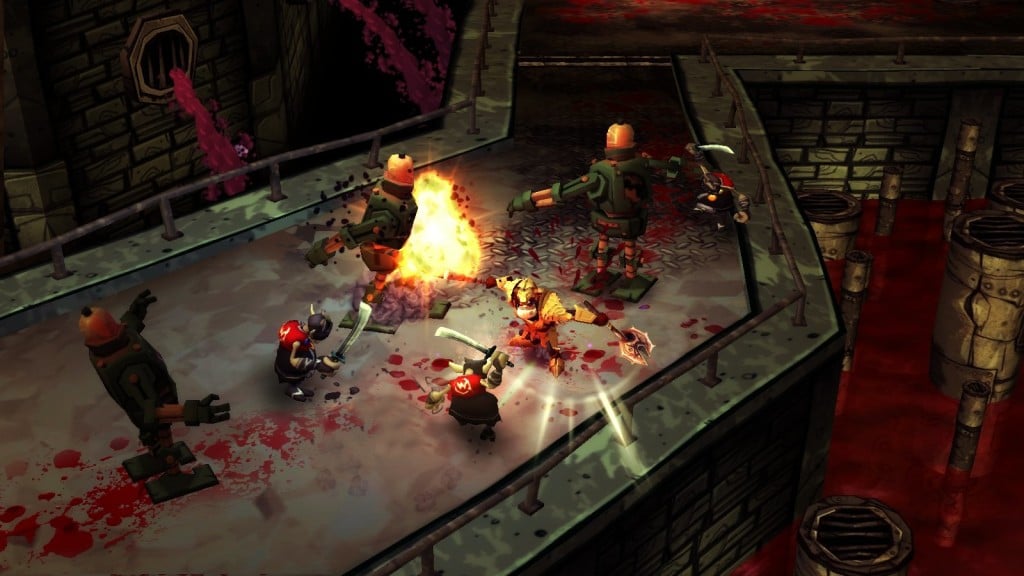 Why it’s Similar: Grinding, hacking and slashing, and plenty of enemies to kill. Loot to pick up? Of course. An isometric camera? Not quite – but a similar enough map-surveying perspective to Diablo that you should feel right at home with the Deathspank games.

Why it’s Different: The Deathspank games (any of them in the series) are all about satire with tongues planted firmly in cheeks. As you’d imagine, with a title like Deathspank, the franchise doesn’t take itself too seriously and actually makes fun of the tropes that define games like Diablo. With quests asking you to retrieve ‘The Thongs of Virtue’… you should have a good idea of the silly humour that’s on offer here.

Overall: Whilst not the most critically acclaimed releases, the Deathspank series is both fun and funny and gives you a good break from the usually serious tone of Diablo. Worth a try for those keen on testing out alternative games like Diablo with an over-the-top twist. 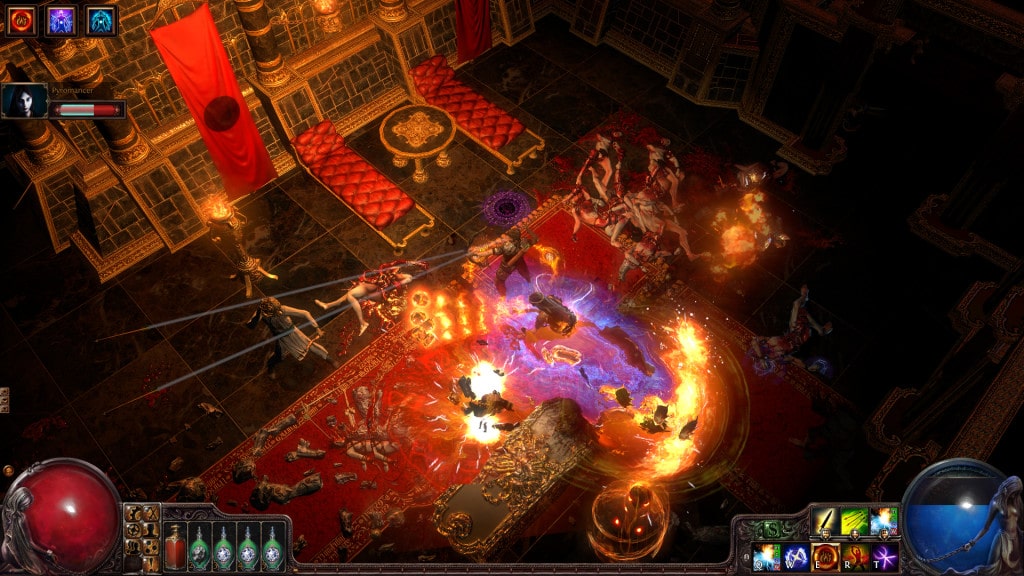 Why it’s Similar: Path of Exile draws very obvious inspiration from Blizzard’s franchise (more so than most other games like Diablo). The game has a similar gloomy atmosphere with plenty of monster-infested dungeons to grind through. There’s also tons of loot, weapons, and armour. You’ll also have a number of different character classes to choose from, each with their own strengths and weaknesses. Diablo fans will also feel immediately comfortable with Path of Exile’s similar camera perspective and controls.

Why it’s Different: What makes this title distinct is its lack of in-game currency. Path of Exile uses a ‘bartering’ system for its economy that’s actually really fun to experiment with. The game has also been praised for its extensive build diversity that, according to some fans, actually surpasses that of Diablo, Be warned though that the overall learning curve can be rather steep.

Overall: Perhaps one of the most popular games like Diablo available. Some fans prefer Diablo whilst others are diehard supporters of Path of Exile. Either way, you owe it to yourself to give this game a try!