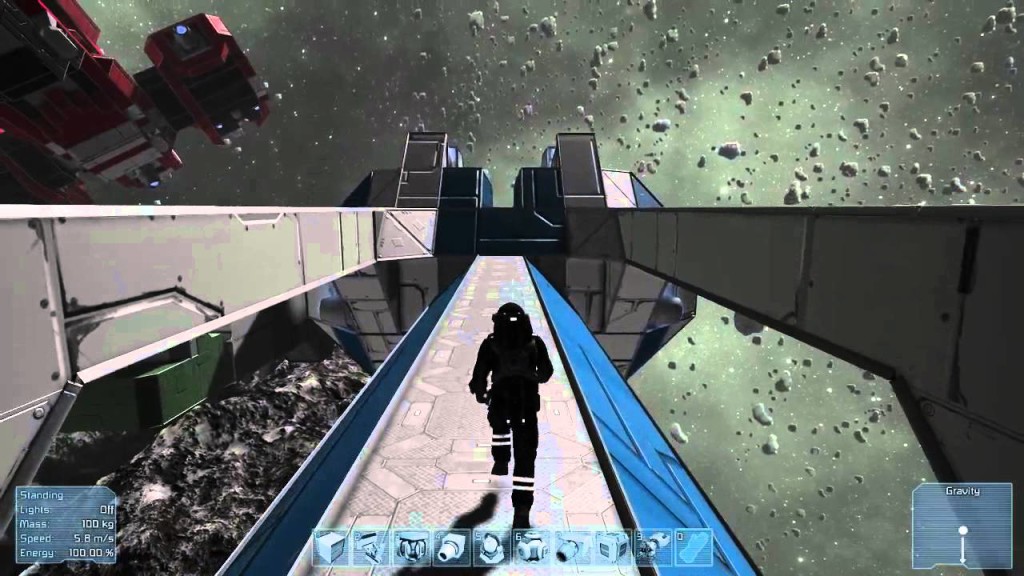 Although not available on initial release, Space Engineers now boosts seamless space-to-planet transitions similar to other planet landing games like No Man’s Sky. Akin to Kerbal Space Program, successful landings are highly dependent on the kind of spacecraft players have built (though crashing and surveying the damage is really half the fun!). Once landed, they’ll be able to explore the planet’s surface, carrying out the usual mining / crafting activities. Like No Man’s Sky, players will have to keep an eye out for hostile inhabitants that will attack them. Planetary terrains look decent – nothing ‘wow-worthy’ like in No Man’s Sky, but more than sufficient for Space Engineers’ sandbox intentions. Overall, a lack of optimization and occasional frame rate dips do hamper the overall experience a little. However, there’s no denying the immense addictive potential of this Steam Early Access game. 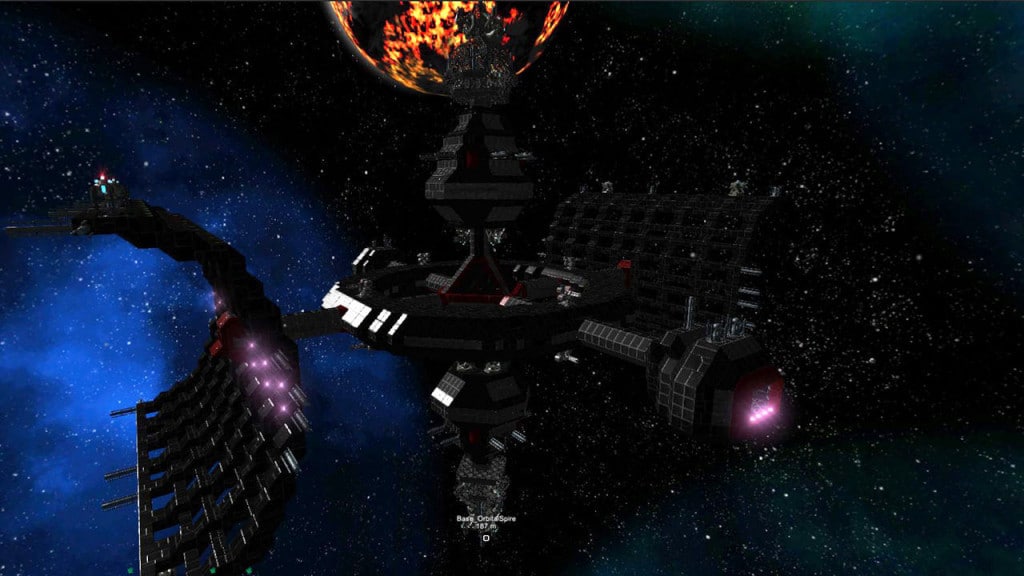 Empyrion: Galactic Survival is one of a number of games like No Man’s Sky in some respects. The game is set in an open universe with plenty of resource gathering, exploration, upgrades, and interactions with both friendly and hostile creatures (and, yes, there are dinosaurs!). That being said, Empyrion finds a closer sandbox affinity to Minecraft than No Man’s Sky. Like Minecraft, players are required to mine ‘blocks’ to construct their own spacecrafts, rovers, and space stations.

Planet landings in Empyrion are once again seamless. Players will find themselves pushing their spacecrafts through atmospheres on a fairly regular basis. Unlike Elite: Dangerous or Evochron Legacy, landings are much more straightforward, only requiring minor pivoting adjustments (crashing is still possible though!). Like No Man’s Sky, players will be able to disembark from their crafts and walk the lands, mining supplies and gunning down hostiles they may come across. The game is less graphically polished than No Man’s Sky, though is far richer in detail than Elite: Dangerous’ current planetary surface offering. Empyrion currently enjoys a Very Positive rating on Steam, with good reason. 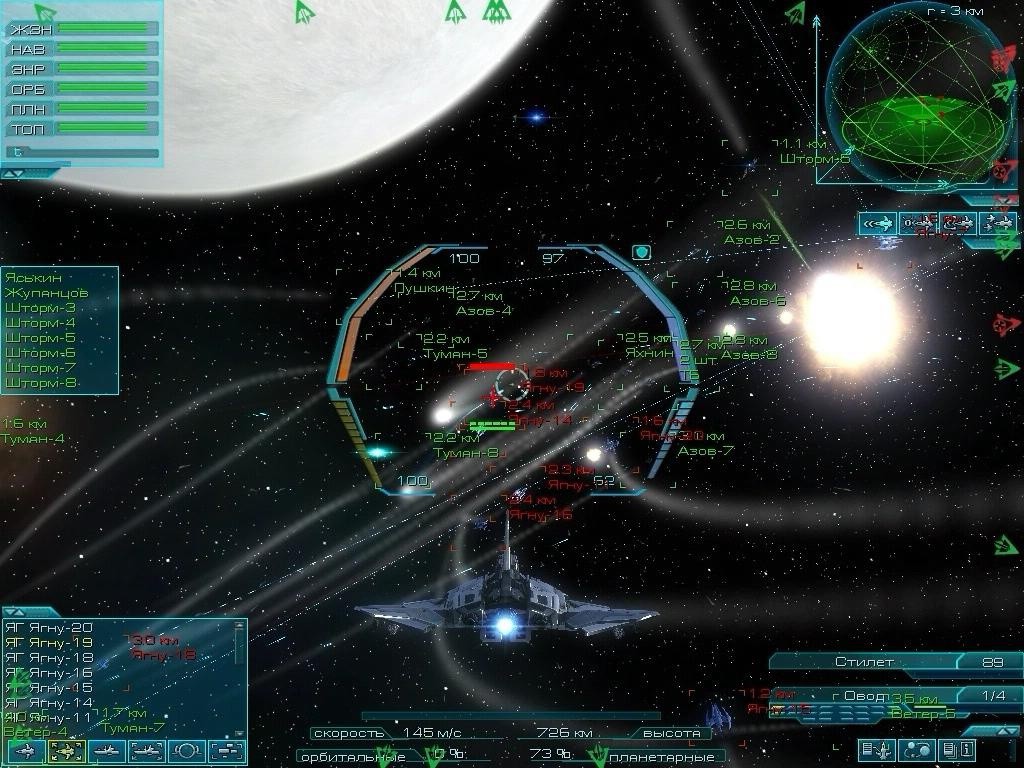 Based off a trilogy of novels by Alexander Zorich, The Tomorrow War actually has a far more fleshed out backstory than most space adventure games. Unfortunately, voice-acting and character animations are… very atrocious, to say the least. The game was also released in in 2009, so graphics do show quite a bit of age. However, The Tomorrow War has been marginally praised for its half-way decent space battles reminiscent of Wing Commander.

For all its flaws, The Tomorrow War does do a commendable job with its planet landings. Granted, the framerate is a bit clunky. Craft controls are also a little finicky. However, transitions from space to ground are indeed seamless (save for an odd fading overlay of cloud cover). A few little aesthetic touches add to the overall thrill of breaking through planetary atmospheres (e.g. engine streams shooting from crafts, etc.). This is quite remarkable, considering The Tomorrow War was released years before most other planet landing games like No Man’s Sky on this list. The game only costs a couple of bucks too, so there’s not much to lose in giving it a try. 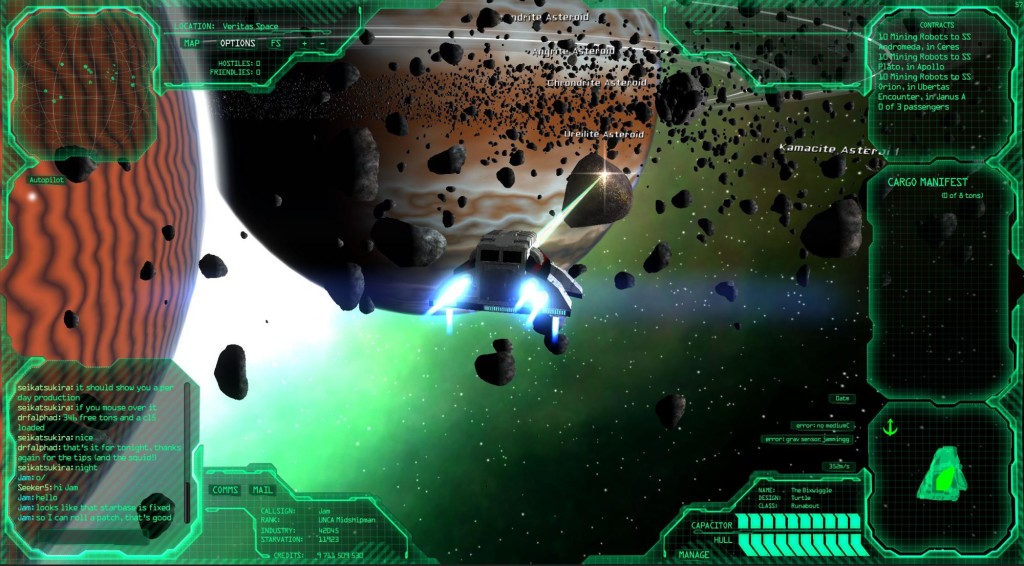 No Man’s Sky is mostly about one (wo)man’s solo survival in vast space (with multiplayer elements thrown in). By contrast, Ascent: The Space Game focuses much more on building huge base colonies and planetary civilizations. It’s a pretty unique space-themed hybrid of Minecraft (i.e. mining, custom designs, etc.) and SimCity (i.e. keeping citizens happy, constructing buildings with different functions, etc.) The game also has a very friendly and supportive community of dedicated players who often band together to achieve collective objectives, such as the construction of star gates.

Planet landings are pretty simplistic compared to other seamless surface visitation games like No Man’s Sky. The graphics are basic and terrains are quite barren-looking, with the exception of some interesting details (i.e. craters, rivers, etc.). However, Ascent does add some really nice atmospheric touches (e.g. thick atmospheres will slow down a ship’s approach) that enhance the overall immersion. Players are also able to get out of their ship to walk around and collect soil samples. What ultimately makes Ascent unique is the ability to construct physical colonies on planets with a thriving population ripe for expansion. This is an exceedingly addictive feature of the game, helping it stand out from most other planet landing games like No Man’s Sky, developmental bugs notwithstanding. 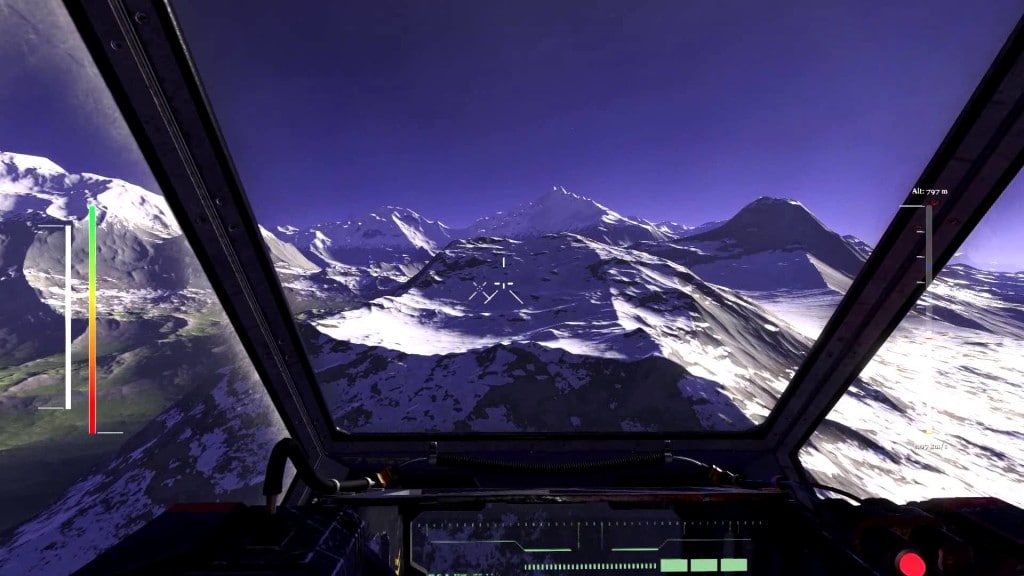 Infinity: Battlescape is a very-long-in-development game without a set release date. The game’s main features have changed considerably over the years. At the moment, it hypes itself as “an epic space sim where 100’s of players wage war across a seamless, procedurally generated, true to scale solar system”. Partially akin to other games like No Man’s Sky, Infinity: Battlescape will allow players to upgrade their ships using acquired credits. They’ll also be able to visit various space stations, bases, and factories. High-speed space dogfights similar to those in Hollywood movies also seem to be a main selling point.

One of Infinity: Battlescape’s most exciting features is its immensely gorgeous and truly seamless planet landings. Even at this early stage, textures and terrains look more defined and varied than those in Elite: Dangerous. Admittedly, No Man’s Sky seems to use far more vivid colors with crisper renderings, at least at this point. Overall, Infinity: Battlescape is definitely a game worth keeping tabs on in the months (years?) to come!

Xeno Galaxies – Not yet fully released. Basic planet-to-surface landing, able to explore lands, terrains are nicely varied though textures are slightly on the washed out side (for now). Plenty of run-and-gun action. Overall, Xeno Galaxies looks to be a very promising space adventuring title!

Did I forget any more seamless planet landing games like No Man’s Sky? Leave your suggestions in the comments section below and I will add them to this list!