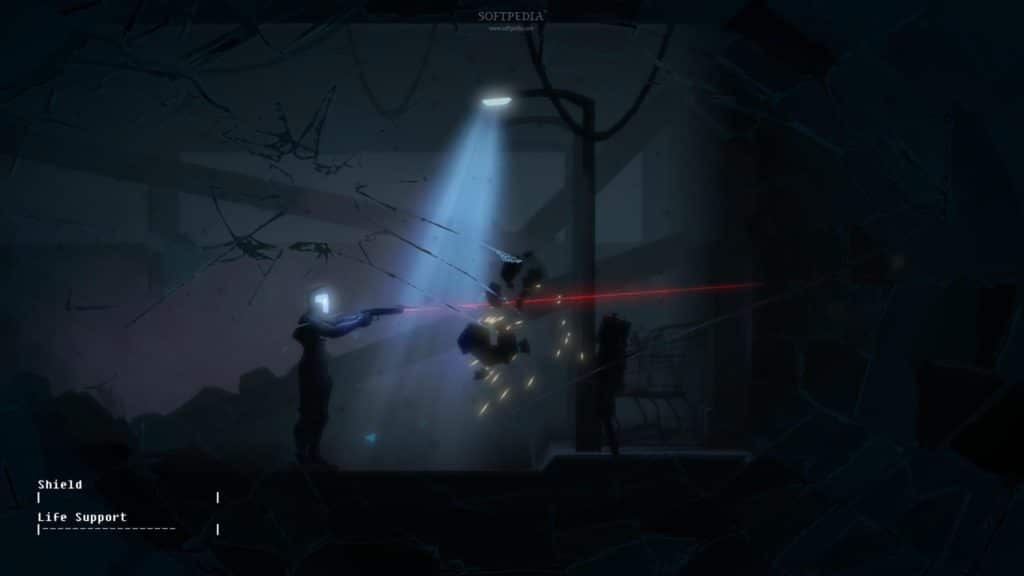 The Fall is a bit of a visual hybrid between Inside and The Swapper. You guide A.R.I.D. – an Autonomous Robotic Interface Device – through dark space facilities, lonely corridors, and abandoned outposts seeped in gloomy atmosphere. Hailed as one of the best side scrolling games of 2015 by Playstation Universe, The Fall’s award-winning story is both creepy and thought-provoking, akin to many other games like Inside (with a bit of SOMA tossed in!). Key plot points are conveyed through text and spoken dialogues with the help of some aesthetic allusions. Puzzles do get a bit challenging but are never illogical.

The game does lose a bit of steam in the middle puzzle sections. However, push through everything and you’ll be rewarded with a satisfying and memorable conclusion that’ll keep you pondering for weeks to come. 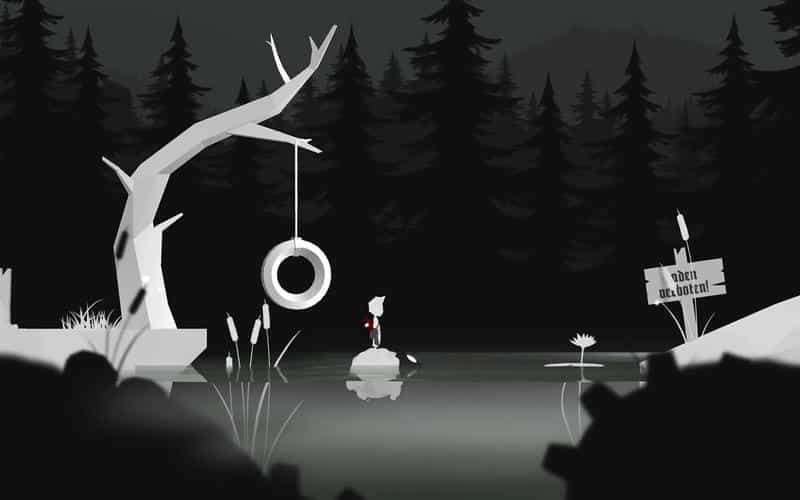 Akin to other games like Inside, Albert and Otto’s art design is truly a pleasure to behold with its smart use of simple monochrome and dramatic splashes of red. Told mostly through animation cues, the story focuses on a silent young boy who sets out searching for a missing girl (sounds familiar?). Like Never Alone, you’re accompanied with a friendly animal companion – this time a magical bunny called Otto – as you solve puzzles together in creative and coordinated ways. Albert and Otto also expertly creates an insidious atmosphere of danger with deadly creatures and traps waiting around most corners.

Admittedly, a few slightly annoying time-sensitive puzzles do hold the game back from being one of the best side scrolling games out there. Regardless, Inside / Limbo fans will still find much to love about this underrated indie release.

8. Selma and the Wisp 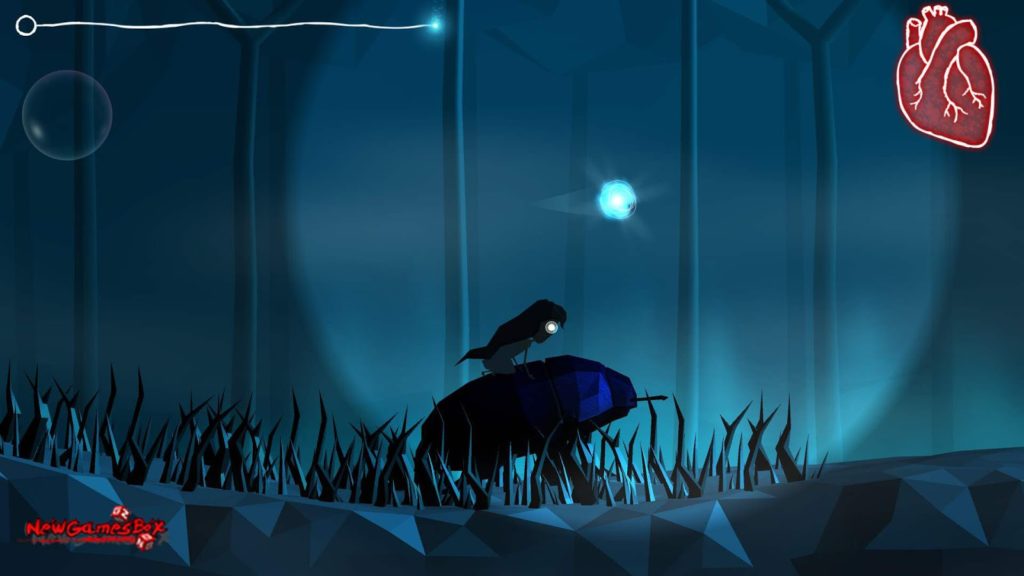 Selma and the Wisp plops you in a nightmarish world filled with all sorts of twisted monsters and frightful creatures. The game adopts a distinct art style, opting for low-polygon characters to create its tense, creepy atmosphere coupled with equally haunting music. Like other games like Inside, there are tons of puzzles to be solved, many of which involve shifting objects and flipping switches. However, instead of a boy with mind-control skills, you move a wisp who guides Selma through various side scrolling obstacles and dangers.

This indie release has thus far received overall favorable reviews, with many players praising it for its suitably challenging puzzles and strong thematic atmosphere.

Read more honest player reviews of Selma and the Wisp. 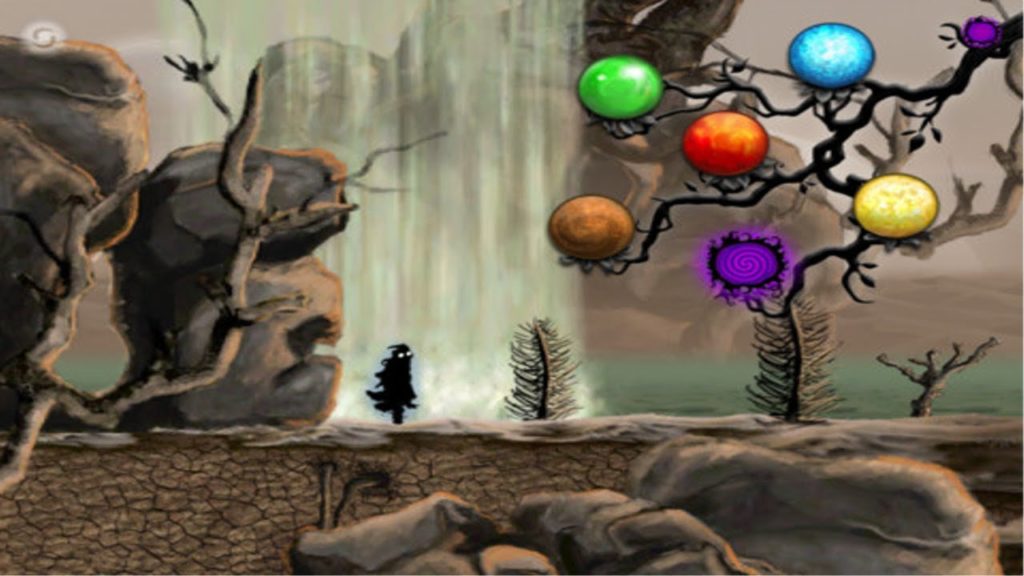 Much like Limbo and Inside, Nihilumbra’s story is intentionally minimalistic, dropping just enough text excerpts to trigger lingering emotions of fear, hope, and melancholia. The game also equips you with color-coded powers to help with puzzle-solving. Blue creates ice, green makes things bouncy, brown is sticky, red turns surfaces to lava, and yellow conducts electricity. Each area in the game has a varied color scheme that invites you to use your powers in different and creative ways. Like Inside, the art style in Nihilumbra is both simple and aesthetically pleasing, serving as a key part of the core gameplay.

With a strong Very Positive rating on Steam, this widely lauded indie release can easily be considered one of the best side scrolling games like Inside ever made. 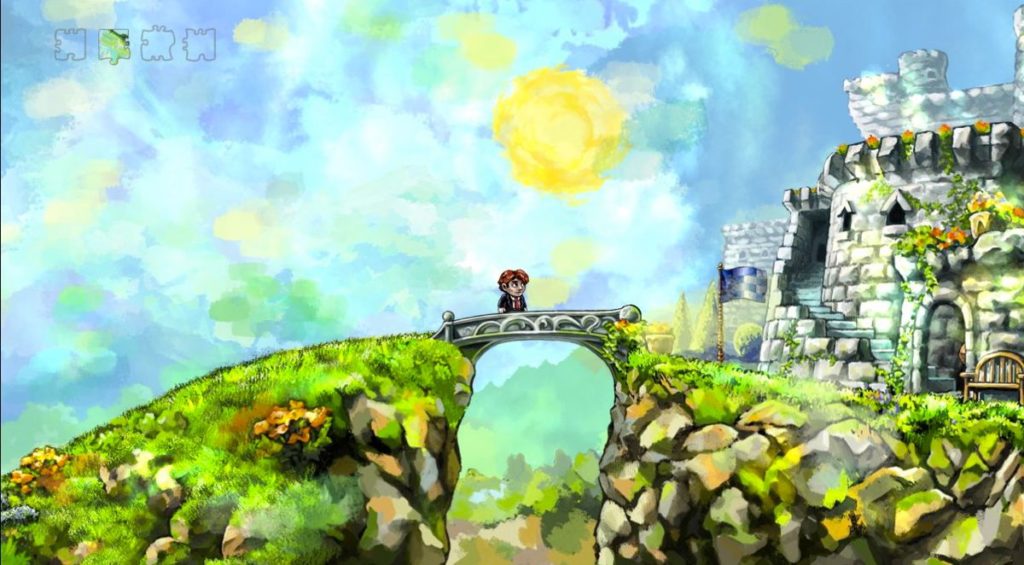 Even with its contrasting whimsical look, Braid discreetly shares many things in common with other best side scrolling games like Inside. For starters, despite its bright watercolors, the story is actually a deeply sombre one, hinting at emotive themes of loss, loneliness, and the longing for reunion. Also like Inside, everything is open to interpretation, and you’ll be left contemplating the true meaning of the game long after the credits roll. Best of all, Braid is filled with challenging puzzles that utilise a compelling time-bending mechanic, encouraging you to think of innovative solutions to deceptively simple side scrolling obstacles.

Despite being released way back in 2008, Braid remains a timeless (ha!) classic with a similar critical status to Inside and Limbo.

Not all the games listed in this section are of a similar genre or style to Inside. Nonetheless, we believe Inside fans will still find these titles enjoyable to some extent or another.

Toby: The Secret Mine

This game is a bit of a Limbo knock-off but still worth playing in its own right. The puzzles range from good to decent. Some sections could have been more polished in both presentation and mechanics.

This free-to-play puzzler is actually very different from most games like Inside in terms of core gameplay. However, to avoid spoilers, we invite you to read the story synopsis of The Old Tree to understand its inclusion here.

You guide a character made of letters through a haunting and gorgeously rendered world. Tons of creative alphabetic puzzles await you! The basic controls, platforming action, and boss fights are also very well implemented.

You may also want to check out our lists of 12 Gorgeous 2D Platformers like Ori and the Blind Forest and 10 Best 2D Metroidvania Games.

Did we forget any other best side scrolling games like Inside? Share your opinions in the comments section and we’ll include your suggestions into this list!

By Jackie Carter
Jacqueline loves to write almost as much as she loves "New Game+" in Dark Souls. She can be found writing about video games, reading Hideo Kojima's tweets and in tall grass. She also blogs over at GameBlogGirl.com.