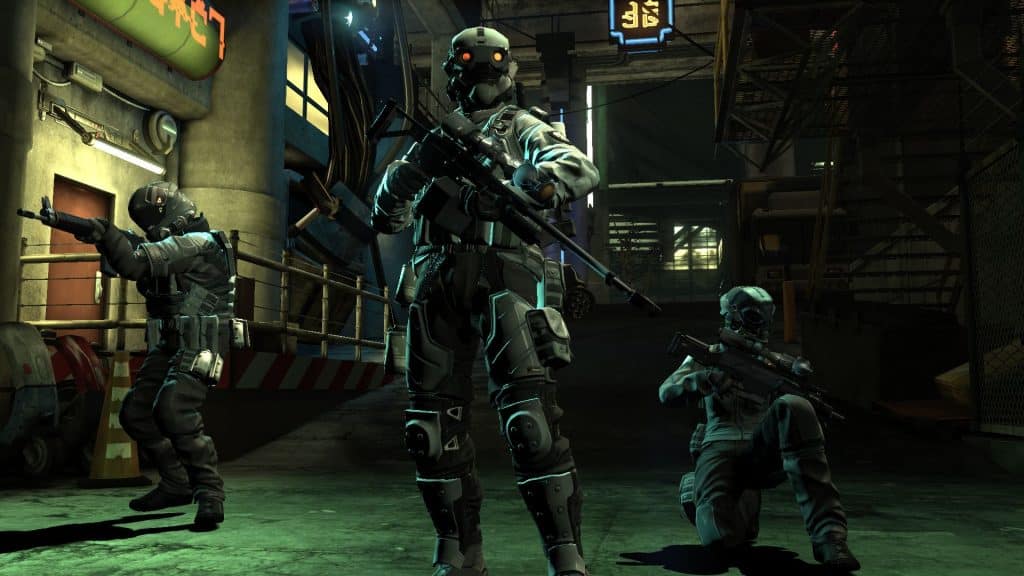 Similar to most games like Call of Duty, Blacklight: Retribution offers you lots of fast-paced first-person shooting and intense multiplayer action. The game is set in a cyberpunk future featuring high-tech weapons and armor – kinda like what you see in the later CoD installments (e.g. Advanced and Infinite Warfare, etc.). The ability to customize your loadout also helps you tweak your character to best suit your playstyle.

Blacklight: Retribution’s multiplayer pushes you to keep moving, thanks to most players being equipped with Hyper Reality Vision. This essentially lets you see through walls, allowing you to easily scout out your enemies. Of course, things work both ways – so rest assured your foes will be seeking you out in much the same way! The greatest benefit to all of this is that cheap camping is all but nullified.

Unlike Call of Duty, the game does not have a single player campaign. However, a big plus is it’s completely free-to-play. There are also tons of gameplay modes available, including Team Deathmatch and Kill Confirmed that encourage you to work with your teammates with military precision. In addition, maps are fairly diverse in style and size, ranging from tight urban spaces to large shipyards.

Overall, Blacklight: Retribution easily holds its own as a fan favorite among the best FPS games like Call of Duty. A must-try! 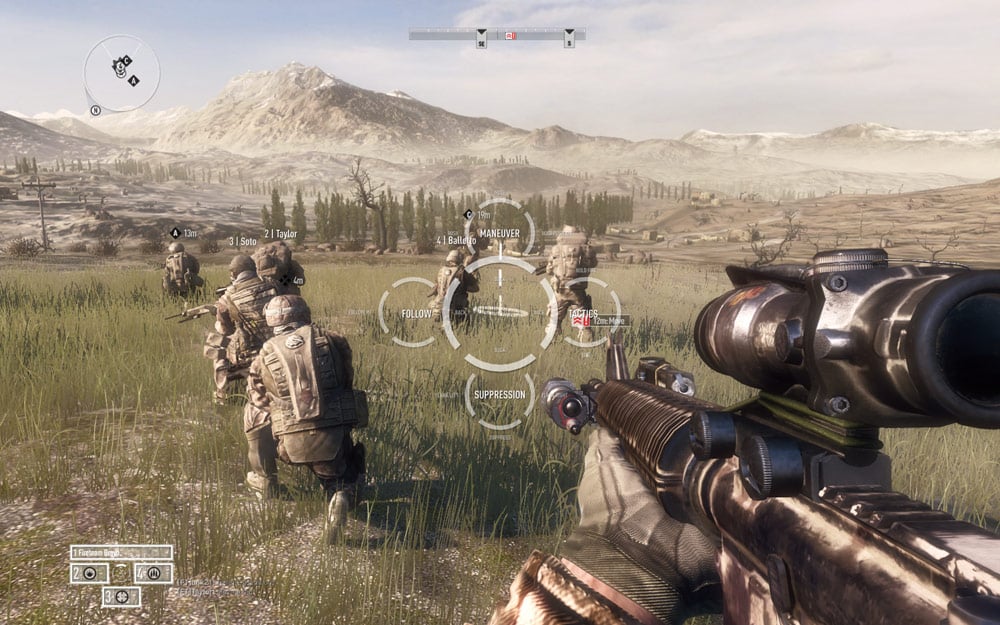 Also known as ARMA: Cold War Assault, Operation Flashpoint is a lesser-known franchise that’ll appeal to hardcore CoD fans looking for more realism in their shooters. Seriously, these FPS military simulation games mean business. A single bullet in your leg causes you to slug your way around while one in your hand basically cripples your use of weaponry. So, going in gung-ho won’t work here. What you’ll need instead is battlefield awareness, precise shooting, and proper coordination with allies.

Much like Battlefield, Operation Flashpoint games have very large multiplayer maps with plenty of land, sea, and air vehicles for you to hop into. Call of Duty fans will also feel right at home with the intense, albeit more realistic, military themes and battles. Unfortunately, the official multiplayer servers are no longer up. Thankfully, you’ll still be able to find a few custom-server games to join if you’re lucky.

Overall, the Operation Flashpoint franchise stands apart from most other games like Call of Duty for its greater emphasis on simulation over twitchy run-and-gun action. You’ll want to at least give these games a try just to have a wider spectrum of FPS experiences under your belt. 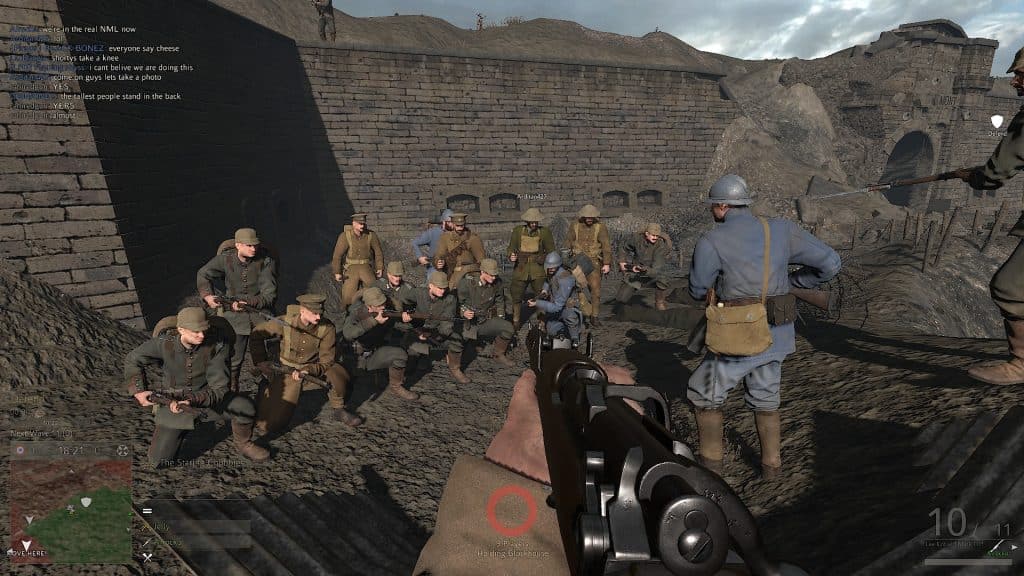 Verdun will be especially appealing to you if you enjoyed the earlier Call of Duty games (especially 1 and 2). Like Battlefield 1, the game is set in a World War I setting with appropriate weapons and armor types to match. The landscapes are also rife with trenches to sink yourself into as you dodge fierce enemy fire, inching your way to the frontlines. In addition, Verdon comes with realistic bullet physics, squad levelling systems, unique soldier types, among other well-executed elements.

Similar to most games like Call of Duty, Verdun is big on military tropes. You’ll fight for either the Central Powers or Entente, joining your friends in realistic battles across sprawling maps. Weapons, equipment, and outfits are also highly customizable, with more options available the higher you level up. Gameplay-wise, Verdun finds affinity with Operation Flashpoint for its focus on realism. There are also a good variety of modes. The most interesting of these is Attrition Warfare where each team starts with an even number of tickets that are deducted every time you or someone else dies.The main objective is to wipe out the ticket supply of your enemies, preventing them from respawning, thus winning the match.

If you’re a fan of newer CoD games, it may take a few rounds to warm you up to Verdun’s more grounded approach. However, the game’s tight FPS mechanics, military themes, and intensely competitive matches will make you feel right at home in no time – albeit with some adjustments to your usual play-style.

Overall, Verdun carves its own solid niche out of the best FPS games like Call of Duty. Thousands of ‘very positive’ Steam reviews can’t be wrong. Definitely worth the price of entry! 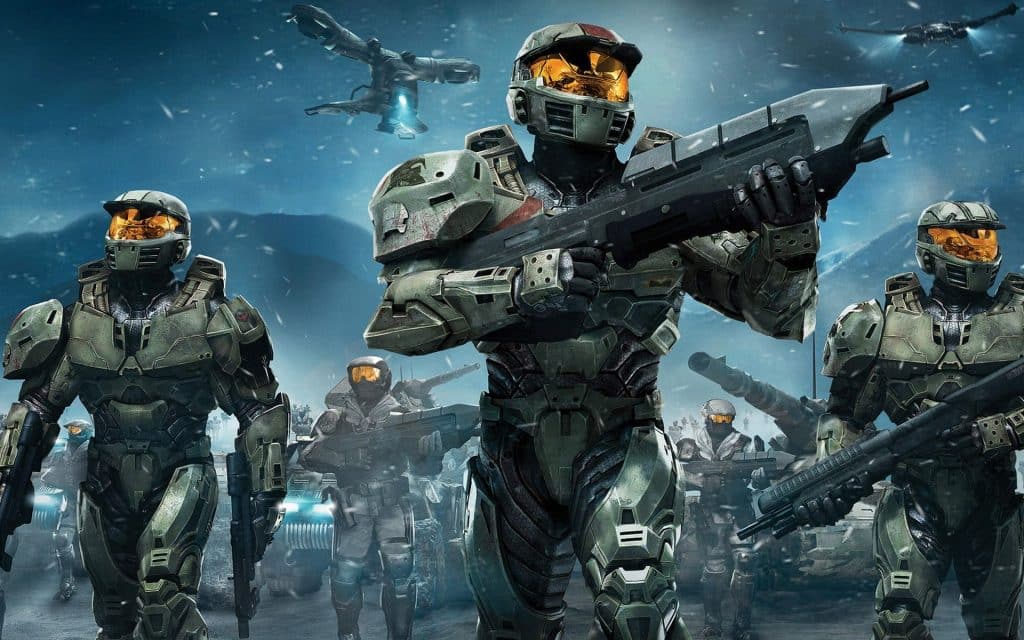 Unlike Call of Duty, the Halo series has more or less stuck to the same interstellar war themes, settings, and characters since its debut in 2001. That being said, the two franchises do share a few major elements in common. For instance, Halo, much like CoD, excels in heavily-armed FPS battles and rapid multiplayer action. In terms of scope, we admit Master Chief does come across as a bit of a one-man hero from time to time. However, it isn’t long before you get an Infinite Warfare-ish sense of being merely one soldier out of an entire fleet of galactic military allies. Halo knows what epic is.

Fair or not, comparisons between Halo and Call of Duty have gone on since forever. There was even a well-received fan-made video dedicated to this rivalry. In actuality, significant differences do exist between the two franchises. To begin with, Halo for the most part tries to weave an overarching story across multiple games. CoD by contrast has varied ‘sub-franchises’ telling diverse tales across equally varied scenarios. All of this impacts the kinds of weapons, enemies, politics, etc. you’ll see in both series as a whole. Other differences are also discussed here.

Yet, when all is said and done, playing through the Halo series requires a very similar FPS skillset needed in most games like Call of Duty. Quick reflexes and accurate shooting are especially crucial to online success. You’ll also almost always have to work closely with your allies to win at Team Deathmatches.

Few would argue that Halo games are easily some of the best FPS games ever made. 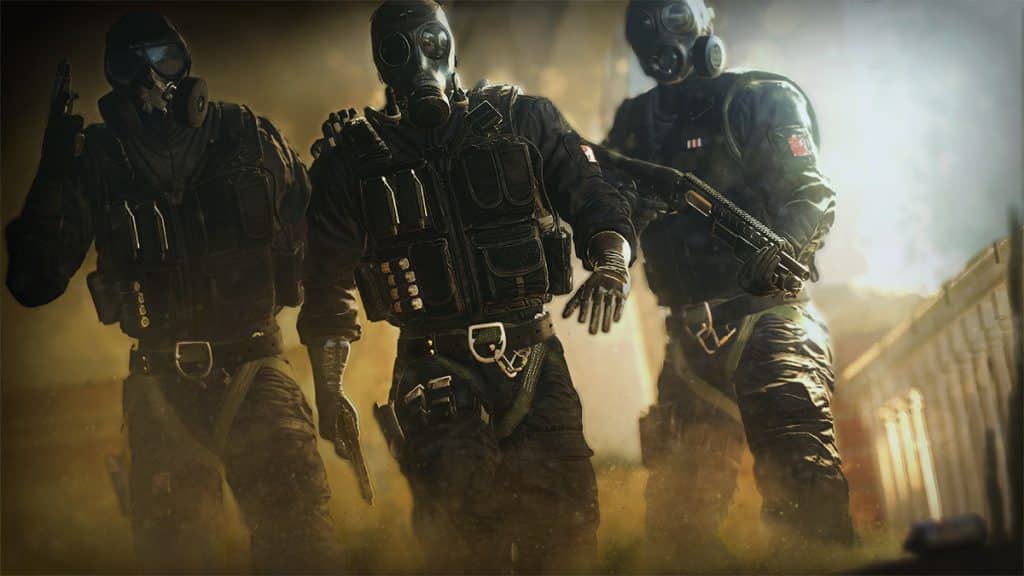 This Tom Clancy series has been around for a very long time. However, unlike Call of Duty, Rainbow Six hasn’t strayed too far from its much-loved roots. The games are still big on FPS strategizing – an emphasis that’ll appeal to Call of Duty fans who might prefer careful, methodical attacks over twitchy action and quick spawning. In essence, you’ll be playing more like a close-quarters counter-terrorist squad member rather than a guns-blazing soldier. One reviewer even refers to Rainbow Six as “the thinking man’s Call of Duty”. This may be for better or worse, depending on your preferences.

Best of all, the most recent installment of the franchise – Siege – introduces you to enhanced destructible environments and a bullet penetration system. The latter is especially interesting, with bullets dealing less damage if they hit enemies through structures or other obstructions. This adds to your level of immersion, fitting in well with the game’s real-world inspired settings. You’ll also use plenty of tech gadgets, including wheeled drones and security cameras. All of them further deepen the strategies you’ll need to win matches.

Much has been said about the differences between Call of Duty and Rainbow Six – and there are many. However, Rainbow Six does share similar features to other games like Call of Duty. The first-person action is tight and intense, which makes multiplayer action all the better. You’ll also get to play a fairly wide range of maps and game modes that are perfect for coordinated team-play. There’s far less focus on speed, but you’ll still need refined FPS skills to pull off a well-timed headshot.

The Rainbow Six series gives you a little of what you love about CoD, whilst inviting for a bit more careful planning.

Of course, there are plenty more best FPS games like Call of Duty around. Here are a few of them. However, keep in mind not all these titles meet our full selection criteria.

Did we miss out any best FPS games like Call of Duty? We’re sure we did, since there are so many! So just leave your thoughts in the comments section below and we’ll add your suggestions to the list!